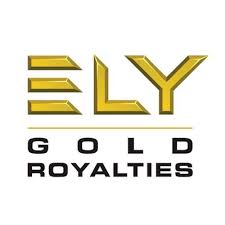 Ely Gold Royalties Inc. (TSX-V: ELY) (OTCQB: ELYGF) (FSE: A2JSL0) is pleased to announce that it has signed a purchase option agreement with Blackrock Gold Corp (TSX-V: BRC) for the Company’s Tonopah West Project, located in Nevada, for total proceeds of US$3,000,000, with Ely Gold retaining a 3% net smelter returns royalty. The Option Agreement is expected to close on or before April 1, 2020 and is subject to certain closing requirements* and approvals including TSX-V approval.

Jerry Baughman, President of Nevada Select commented, “Ely Gold’s consolidation of four separate patented and unpatented claim groups in the Tonopah District represents the first time in history that this part of the district will be explored as a single project. This is exactly the kind of high-quality property we continue to generate and option to exceptional exploration partners. Blackrock intends to explore the high-quality target ready zones that have been identified at Tonopah West.”

The Tonopah West Project consists of 97 patented and 17 unpatented lode mining claims covering mineral rights on approximately 4.5 square kilometres (1,100 acres) located in Esmeralda and Nye Counties, Nevada. The project will now consolidate the historic West End, Victor, 76, Extension and a portion of the McNamara Mining Company holdings under a single ownership and will provide an opportunity for modern exploration on the western portion of this historic and storied district.

Tonopah is referred to as the “Queen of the Silver Camps” and has historically produced over 174 million ounces of silver and 1.8 million ounces of gold from approximately 7.5 million tons of high-grade silver-gold epithermal quartz veins (refer to: Ashley, R., USGS Bulletin 1852-H). The main mineralization hosts are volcanic rock of the Mizpah andesite and the West End Rhyolite. These host lithologies are present on the Tonopah West Project.

Blackrock Gold Corp.’s wholly owned US subsidiary is acquiring the Tonopah West Project under an option to purchase agreement. The 4-year option has payments as follows:

After Blackrock makes the Final Payment, Nevada Select will retain a 3% net smelter returns royalty with no buydown and Blackrock will then pay Nevada Select an annual advance minimum royalty payment of US$50,000 commencing once the option is exercised. The Option Agreement also includes a one-mile area of interest. There are no work commitments associated with the Option Agreement or after the Final Payment.

* As a condition of Closing, Nevada Select will complete the acquisition of the Cliff ZZ land package consisting of 75 patented lode mining claims on or before March 28, 2020.

Stephen Kenwood, P. Geo, is a director of the Company and a Qualified Person as defined by NI 43-101. Mr. Kenwood has reviewed and approved the technical information in this press release.

Ely Gold Royalties Inc. is a Vancouver-based, emerging royalty company with development assets focused in Nevada and Quebec. Its current portfolio includes 36 Deeded Royalties and 22 properties optioned to third parties. Ely Gold’s royalty portfolio includes producing royalties, fully permitted mines and development projects that are at or near producing mines. The Company is actively seeking opportunities to purchase existing third-party royalties for its portfolio and all the Company’s option properties are expected to produce royalties, if exercised. The royalty and option portfolios are currently generating significant revenue. Ely Gold is well positioned with its current portfolio of over 20 available properties to generate additional operating revenue through option and sale agreements. The Company has a proven track record of maximizing the value of its properties through claim consolidation and advancement using its extensive, proprietary data base. All portfolio properties are sold or optioned on a 100% basis, while the Company retains royalty interests. Management believes that due to the Company’s ability to generate third-party royalty agreements, its successful strategy of organically creating royalties, its equity portfolio and its current low valuation, Ely Gold offers shareholders a low-risk leverage to the current price of gold and low-cost access to long-term mineral royalties.