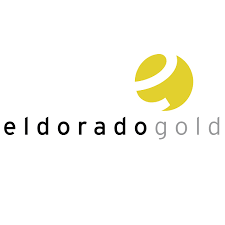 Strong fourth quarter gold production at Lamaque was mainly driven by higher than planned gold grades in the C4 zone. The decline connecting the Sigma mill with the Triangle underground mine was completed, on schedule and on budget, in December 2021. The decline will allow direct ore and waste transportation from the Triangle mine to the mill thereby eliminating the re-handling of ore.

Kisladag performed well in the fourth quarter with gold production inline with plan. Several operational improvements, in advance of the high-pressure grinding rolls (“HPGR”) circuit commissioning in the mine, crushing circuit, and leach pad in 2021 resulted in increased throughput. Construction and wet commissioning of the HPGR was completed in December 2021. The circuit is now ramping up to production and metallurgical specifications.

At Efemcukuru, gold production, throughput, and average gold grade were inline with expectations.

The Company’s profits from mining operations in Turkey are taxed at the enacted rate and the resulting current income tax expense can be further increased or reduced by other items. In the fourth quarter, the Company expects the Turkish current income tax expense on mining profits, at an enacted rate of 25%, to be further increased by $13-16 million. The expected increase is primarily related to the significant weakening of the Lira in the quarter and the resulting generation of taxable unrealized foreign exchange gains. This was partly offset by a reduction from the investment tax credit relating to Kisladag heap leach improvements.

Olympias performed well in the fourth quarter, delivering the strongest quarter of the year, and inline with guidance. Efficiency initiatives that started earlier in the year, coupled with positive grade reconciliation versus the plan resulted in higher fourth quarter production to end the year.

Fourth quarter production at Olympias reflects some initiatives that were implemented in relation to the transformation efforts at the Kassandra assets in Greece. As previously disclosed, the Company is implementing a wide-ranging, sustained effort to optimize the Greek operations that touches every part of the business, from employee education and training, to physical plant and business systems upgrades. The Company continues to target efficiency and productivity improvements at Olympias. The long-term benefits in safety, culture and productivity will result in a safer and more efficient operation with the potential to deliver improved economic returns.

Board and Management Appointments

Eldorado also announced the appointment of Carissa Browning to its Board of Directors and the promotion of Graham Morrison to the role of Vice President, Corporate Development.

Carissa Browning was appointed to the Board of Directors in January 2022. Ms. Browning is a Corporate Commercial Lawyer at EnerNext Partners and previously served as legal counsel for BC Hydro and TransAlta Corporation. She has broad industry experience in electricity and renewable energy, technology, fintech and commodity trading; and advises on matters relating to corporate governance, market regulation and sustainability. Ms. Browning currently sits on the Board of Women + Power and formerly served on the boards of Energy Efficiency Alberta, TAMA Transmission and Circle for Aboriginal Relations (CFAR). She holds a BA and LLB from the University of Calgary and regularly contributes her thought leadership and reflections on the importance of diverse representation, reconciliation and her views as an Indigenous woman.

Graham Morrison was promoted to the role of Vice President, Corporate Development in October 2021 and will oversee the Corporate Development function and support the execution of Eldorado’s business strategy. Mr. Morrison has 15 years of mining experience and joined Eldorado in 2011, initially as a Business Development Analyst and has progressively taken on greater responsibility within the company, having most recently held the role of Senior Director, Corporate Development. Before joining Eldorado, Graham worked in equity research at Raymond James Ltd with a focus on mid-cap gold producers and developers. Graham has a BA from Dalhousie University and an MSc, Mineral Economics from Western Australia School of Mines and is a CFA Charterholder.

Eldorado is a gold and base metals producer with mining, development and exploration operations in Turkey, Canada, Greece and Romania. The Company has a highly skilled and dedicated workforce, safe and responsible operations, a portfolio of high-quality assets, and long-term partnerships with local communities. Eldorado’s common shares trade on the Toronto Stock Exchange and the New York Stock Exchange.