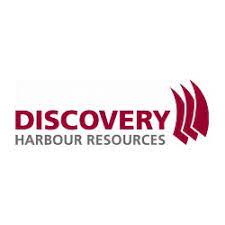 Mark Fields, President & CEO, comments: “Encouraging gold values were intersected in three of the five drill holes, which were drilled in three very separate areas of the Caldera property. Some, but not all, of the extensive faulted and altered intervals carried multiple intersections in excess of one gram gold per tonne with other intercepts of anomalous gold values, all of which occurred from both shallow and deeper parts of the drill holes. Although we did not intersect the type of bonanza zone we were hoping for, the results point to the gold fertile nature of the mineralizing system at Caldera. We will use the extensive analytical data we have gathered as well as the geological and spectrometer data to better understand the low sulphidation epithermal gold system at Caldera and determine the next steps. In addition, we are looking forward to Newcrest’s drill program, which, subject to drill rig availability, is planned to begin in January for the Fortuity 89 property (see news release October 28,2021).”

The Company completed drilling a total of slightly over 1900 metres, testing five low sulphidation epithermal gold targets (see map below) on the Caldera Property. Each hole was deeper than any previous drilling on Caldera and each site was selected to test the boiling zone, typically found at approximately 300+ metres below the paleo-surface, where precious metals are concentrated. The Caldera gold property lies in a fertile gold region at the intersection of the Walker Lane and Northumberland Gold Belts northwest of Tonopah, Nevada. 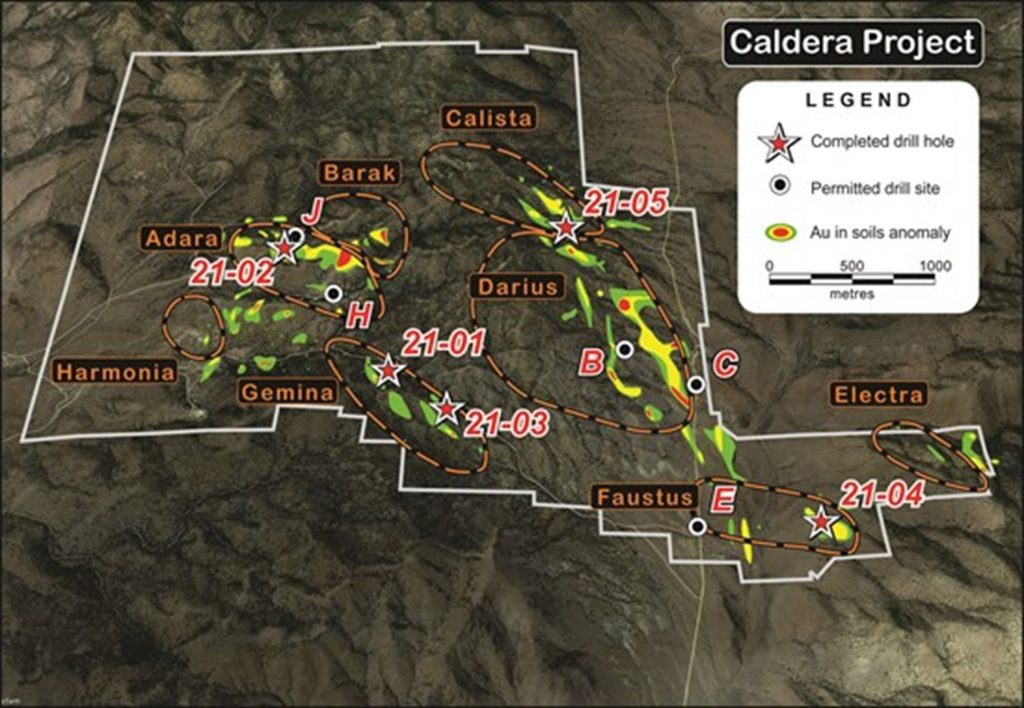 Core samples summarized in this news release and for the entire Caldera 2021 drill program were collected under the supervision of a geologist at the drilling rig. Drilling was completed using primarily HQ (63.5mm) diameter core, and NQ (47.6mm) diameter core for a portion of CP21-05.

Core logging was conducted on the property followed by shipment either to a core cutting facility in Elko, Nevada or to storage in Tonopah, Nevada. Core samples selected for assay were sawed in half, sending half to the ALS Global sample preparation lab in Elko, Nevada and the remaining half is retained for future reference. ALS Global crushed and pulverized the samples to >85% passing a 75 micron screen (ALS PREP-31). Sample pulps were then shipped by ALS Global to their analytical labs in Reno, Nevada and North Vancouver, BC for fire assay for gold (Au-ICP21 package) four acid digestion with ICP-OES finish (ME-ICP61 package for trace elements, and Hg-MS42 for mercury). One sample in hole CP21-02 was run for silver via the Ag-OG62 since it was over limit for the original method.

Samples were generally 1.52 metres (5 feet) core length, however varied from 0.61 metres to 3.05 metres based on stratigraphy, alteration, mineralization, and core recovery. Standards were introduced at a rate of 1 standard per 20 samples.

Alan Morris, CPG, is the Qualified Person for Discovery Harbour as defined in NI 43-101 and has reviewed and approved the technical contents of this news release.

Discovery Harbour is focused on sourcing, exploring and developing mineral properties in mining-friendly jurisdictions. Its current primary focus is the drill program on Caldera, a low sulphidation epithermal gold project in Nevada. Additionally, Discovery Harbour has an agreement with Newcrest Mining Limited on its Fortuity 89 property in Nevada.


Mosaic Acquires 100% Interest in the Gaboury and 113 North Projects