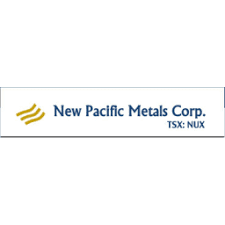 The prospect consists of artisanal underground workings on structures that trend NNW-SSE.  The workings and associated surface mine dumps were started in the Spanish colonial era and have continued sporadically to recent times.  The workings are developed in altered (bleached) quartz sandstones and are traceable over more than 1,000 metres strike length with widths varying from a few metres up to 100 metres extent.  Geochemical sampling of the workings and mine dumps returned encouraging results typically ranging from 100g/t Ag to 300g/t Ag.

Surface mapping suggests that the mineralized fracture zone remains open to north where it potentially trends undercover towards the Company’s Jisas prospect located approximately two kilometres to the northwest.

Exploration drilling commenced in late August 2019 and a total of 24 drill holes were completed by December for approximately 6,000 metres.  The drill holes are predominantly oriented north 60 degrees east with dips varying from 45 degrees to 80 degrees.  This initial campaign has provided a drill test of circa 750 metres of the structural zone with the results released covering approximately 400 metres of the southern portion of the Snake Hole structural trend as currently defined.

The majority of the drill holes have intersected silver mineralization as characterized by coarse grains of sulfosalts (freibergite) in fractures of bleached sandstones with associated disseminated pyrite.  Grade and thickness of mineralization increases to the north.  Results from the five remaining holes which test the northern portion of the trend are pending and will be released upon receipt.

HQ-size drill core samples from altered and mineralized intervals were split into halves by diamond saw, with an average sample length of between one to one and half metres at the Company’s core processing facility located in Betanzos, a small town located 20 kilometres from the project site.  Half core samples are stored in a secure core storage facility in Betanzos for future reference, and the other half core samples are shipped in securely sealed bags to ALS Global in Oruro, Bolivia for preparation, and ALS Global in Lima, Peru for geochemical analysis.  All samples are first analyzed by a multi-element ICP package (ALS code ME-MS41) with ore grade over limits for silver, lead and zinc further analyzed using ALS code OG46.  Further silver over limits are analyzed by gravimetric analysis (ALS code of GRA21).

A standard quality assurance and quality control protocol was employed to monitor the quality of sample preparation and analysis.  Standards of certified reference materials and blanks were inserted in normal core sample sequences prior to shipment to lab at a ratio of 20:1 (i.e., every 20 samples contain at least one standard sample and one blank sample).  Duplicate samples of pulp rejects at a ratio of 20:1 will be sent to a second internationally accredited lab for check analysis.  The assay results of QAQC samples of standards and blanks did not show any significant bias of analysis or contamination during sample preparation.

New Pacific is a Canadian exploration and development company which owns the Silver Sand Project in Potosí Department, Bolivia and the Tagish Lake gold project in Yukon, Canada.