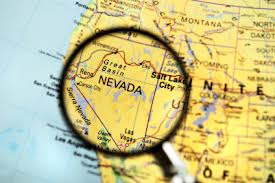 Cypress Development Corp. (TSX-V:CYP) (OTC Pink:CYDVF) (Frankfurt:C1Z) is pleased to announce it has doubled the size of its land package through staking and has completed its Phase 2 drill program at its wholly owned 2300 acre Gunman zinc-silver-copper project in White Pine County, Nevada.

Cypress has staked an additional 56 claims tied onto the Company’s existing land package to the north, east and west, increasing the Gunman project to approximately 2300 acres. The additional lode claims were staked to cover highly deformed and altered zones located during the Phase 2 sampling program and to cover additional targets being developed in alluvial covered areas to the east of the outcropping 3 kilometer long mineralization trend at the project.

The Company has now completed its 2014 Phase 2 drill program following a highly successful 2014 Phase 1 exploration and drilling program at the Gunman project. A further 11 reverse circulation delineation holes (holes GMRC-14 to GMRC-24) were completed at the main RH Zone for a total of 3370 feet in the Phase 2 drill program. Phase 1 drilling at the RH Zone returned long, continuous intervals of very high grade, near surface oxidized zinc and silver mineralization. Highlights include Hole GMRC-9 which returned a 175 foot down hole interval of 12% zinc and 121 g/t silver and Hole GMRC-5 which retuned a 55 foot interval of 21% zinc and 147 g/t silver.

Assays from the 2014 Phase 2 drill program at the main RH Zone are expected by the end of September.  Assays from recent, additional rock chip and grab surface samples are also pending.

The Phase 2 drill program follows a systematic, detailed rock chip sampling program completed at additional targets at the Gunman property as the initial part of the 2014 Phase 2 exploration program. A total of 107 samples were collected and assayed in areas of outcrop along an identified 3 kilometer long mineralized trend at the project with results announced by news release August 14, 2014. The Phase 2 sampling program focused on the south central portion of the Gunman property in an area containing the RH South, Far South Copper and the TQCU Copper Targets.

The results of the 2014 Phase 2 surface sampling program are considered highly encouraging. Arsenic, bismuth, molybdenum and tungsten anomalies accompany the copper-silver-zinc mineralization in the oxidized clastic units and together suggest the possibility of an intrusive source for the mineralizing fluids. Sampling of the RH South Hill was particularly successful and definitively shows that the geologic environment and high grade mineralization at the RH South Target is nearly identical to that of the main RH Zone. Strong copper-silver mineralization in the well oxidized, basal portion of a clastic sedimentary package overlies strongly decalcified carbonate rocks which host robust zones of very high grade zinc and silver mineralization. The RH South Target has been drilled at a first pass level of detail and well mineralized intervals have been discovered there. The results of the surface sampling program strongly suggest more drilling is needed at the RH South Target due to multiple samples of bleached, decalcified limestone returning assays in the 10% to >35% zinc range and accompanied by silver values up to 228 g/t.

The very high grade zinc and silver drill intercepts returned from the 2014 Phase 1 drill program at the main RH Zone, with new exposures of the mineralization, has led to the conclusion that the spectacular at surface oxide mineralization is likely a high grade polymetallic vein and breccia system and represents a very high quality zinc-silver-copper project located in a very favorable geologic environment.

* All intervals above were computed from Chemex assay results of representative, 5 foot interval samples collected from the reverse circulation sample return. All intervals have been selected based on a 1% zinc lower cut-off. The intervals above are restricted to contain no more than one included interval that falls below the 1% zinc lower cut-off. No high grade cut has been applied. All samples were continuously collected from each 5 foot interval during drilling. The samples are large and average approximately 6 kilograms in weight.

* The true width lengths are estimated to be approximately 65%-75% of down hole intervals.

Cypress Development Corp. is a diversified precious and base metals exploration and development company with properties in Red Lake, Ontario, Canada, and in Nevada, U.S.A.