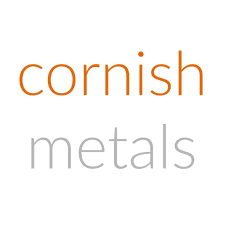 Cornish Metals Inc. (TSX-V:CUSN) (AIM: CUSN) a dual-listed company focused on advancing the South Crofty high-grade, underground tin project through to delivery of a feasibility study, as well as exploring its additional mineral rights, all located in Cornwall, SW England, is pleased to report the assay results from nine diamond drill holes drilled to test the Trenares Lode target within the United Downs project.

Richard Williams, CEO of the Company, stated “The Trenares Target drill programme has been successful in demonstrating the presence of multiple zones of mineralisation in an area of the United Downs project that is underexplored, has never been mined and represents a compelling exploration target. The presence of high-grade tin and zinc warrants further follow-up exploration. Once we are in receipt of all remaining drill programme assays, we can evaluate the priority targets for follow up work.”

The drill programme at United Downs project is now complete, with results pending for a further five holes drilled into the Mount Wellington, UD Lode, and United Mine targets still pending. In addition, eight drill holes for 2,501m were drilled at the Carn Brea South Target, located approximately 2km southeast of South Crofty mine site. Results for these drill holes will be released in due course.

The drill rig has now been moved to South Crofty where it will start an 8,000-12,000m drill programme designed to collect samples for metallurgical testwork as part of the South Crofty Feasibility Study (see news release dated May 23, 2022) leading to a construction decision for the South Crofty mine. This programme will involve three drill rigs testing the eastern, central, and western part of the mine complex. The other two drill rigs are expected to arrive at South Crofty over the next four to six weeks.

The polymetallic mineralisation is primarily hosted in narrow, steeply dipping vein or “lode” structures, and consists of cassiterite (tin), chalcopyrite (copper) and sphalerite (zinc) with other copper minerals such as chalcocite and bornite occasionally present.

United Mines and Consolidated Mines, located 320m and 720m north, respectively, of the Trenares Target operated between the early 1700s and the 1870s, mining high-grade copper ores (reported grades of 7.5% copper) to depths of up to 500m below surface.

Drilling at United Downs has been performed by Priority Drilling Company Ltd using an Epiroc Christensen CT14 Diamond Drill Rig. Mineralised zones were drilled in NQ (76 millimetre (“mm”) diameter) to recover a 48mm diameter drill core. Core recovery was greater than 95%. The core was logged, split, and sampled by Cornish Metals personnel. The samples, comprising half core, were sent for assay at ALS Minerals, Loughrea, Ireland. Sample preparation involved crushing to 70% less than 2mm, riffle split and pulverised to 85% less than 75 microns. The analytical method used was X-ray florescence (XRF) following a lithium borate fusion. Samples were assayed for with this technique include copper, tin, tungsten, zinc and arsenic. A multi-element 4 Acid Digestion ICP-AES analysis was also carried out to further characterise the mineralisation and alteration assemblages. Overlimit assays on silver were carried out using a 3-acid digest and a HCl leach ICP AES analysis. Comprehensive Quality Assurance / Quality Control programme using standards, duplicates and blanks was included within the sampling programme.

The technical information in this news release has been compiled by Mr. Owen Mihalop who has reviewed and takes responsibility for the data and geological interpretation. Mr. Owen Mihalop (MCSM, BSc (Hons), MSc, FGS, MIMMM, CEng) is Chief Operating Officer for Cornish Metals Inc. and has sufficient experience relevant to the style of mineralisation and type of deposit under consideration and to the activity which he is undertaking to qualify as a Competent Person as defined under the JORC Code (2012) and as a Qualified Person under NI 43-101. Mr. Mihalop consents to the inclusion in this announcement of the matters based on his information in the form and context in which it appears.

The South Crofty project covers the former producing South Crofty tin mine located beneath the towns of Pool and Camborne, Cornwall. South Crofty mine closed in 1998 following over 400 years of continuous production. Since acquiring the project in 2016, Cornish Metals has completed and published maiden NI 43-101 Mineral Resources for South Crofty using the vast archive of historical production data and more recent drilling completed between 2007 and 2013. In 2017, Cornish Metals completed a Preliminary Economic Assessment that demonstrated the economic viability of re-opening the mine. Additionally, Cornish Metals has undertaken extensive pilot-scale water treatment trials and successfully applied for and received the necessary environmental permits to abstract, treat and discharge mine water in order to dewater the mine. Planning permissions for the operation of the mine and re-development of the surface facilities have been secured and construction of the water treatment plant foundations commenced. The dewatering pumps, variable speed drives and new high-voltage power supply have been delivered to site.

An updated Mineral Resource was completed in June 2021 as summarised below: