Changes to La Mancha Board and Management Team

Changes to La Mancha Board and Management Team 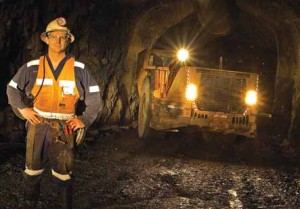 La Mancha Resources Inc.(TSX: LMA)  announces that, following the satisfaction of all conditions to the offer by Weather Investments II S.a r.l. to acquire all of the common shares in La Mancha at a price of C$3.50 per share by way of takeover bid, the below changes have been made to the La Mancha Board of Directors (“Board”) effective immediately.

Dominique Delorme: “I would like to compliment the board for its outstanding contribution, which along with the Company’s dedicated management team have built La Mancha into a leading global mining company. I offer my sincere thanks to all who have worked with me over those exciting and stimulating years and look forward to working with the new management team and supporting the growth of La Mancha under its new ownership.”

Naguib Sawiris: “We are very pleased with the successful results of the tender offer and also very excited by what we can achieve together, both in terms of ensuring that La Mancha’s current assets maximise their potential, as well as working with the management team to build out a truly world class mining business. We welcome Sebastien De Montessus to the management team as the newly appointed President and Chief Executive Officer of La Mancha. Sebastien is a high-caliber executive who brings to La Mancha strong strategic, technical and operational skills and a proven track record of leadership in the mining industry and we all look forward towards taking La Mancha to its next phase.”

Sebastien de Montessus: “I would like to thank the Board for entrusting me with this responsibility and look forward to working with the management team towards the development of world-class assets of La Mancha.”

About La Mancha Resources Inc.
La Mancha Resources Inc. is an international gold producer based in Canada with operations, development projects and exploration activities in Africa, Australia and Argentina. La Mancha’s shares trade on the Toronto Stock Exchange (TSX) under the symbol “LMA”. For more information, visit the Company’s website at www.lamancha.ca