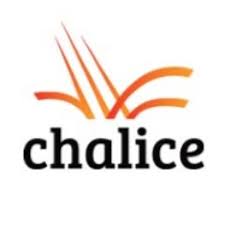 Chantrell has entered into a definitive agreement to acquire certain non-core assets of Osisko Mining Inc. (TSX: OSK) and has undertaken a private placement of subscription receipts to raise approximately C$18 million .

Chalice’s Managing Director Alex Dorsch said: “The deal announced today to sell our Quebec gold projects to the Osisko group is a great result for shareholders and is a logical next step to build on our exploration and consolidation effort to date in the Val-d’Or district.”

“Osisko is one of the most recognised names in the Quebec gold industry, led by a highly regarded team with a track record of success in the Abitibi gold province. To be involved in Osisko’s new O3 Mining venture is a great opportunity for shareholders. O3 Mining will be well capitalised and hold a substantial portfolio of high potential gold assets, with a focus on the Val-d’Or gold district in Quebec.”

“The C$12 million in share consideration effectively reimburses Chalice for our net expenditure (after tax credits) on the two projects since inception and we are positioned well to benefit from future advancements of the combined O3 portfolio through our equity ownership and royalty interest.”

“The sale will further enhance the Company’s strong balance sheet and will enable Chalice to focus on its high-profile Australian exploration opportunities at the Pyramid Hill Gold Project in Victoria and the King Leopold Nickel Project in the Kimberley.”

Under the SPA, Chalice will sell all outstanding shares in its wholly owned subsidiary CGMQ, to O3 Mining. Chalice will receive 3,092,784 common shares of O3 Mining, at a deemed value of C$3.88 per common share, for a total of C$12 million in consideration.

In accordance with the restrictions under Canadian securities laws and subject to certain exceptions, Chalice will be restricted from trading these shares for a period of four months from the date of issuance. Following closing of the transaction, Chalice expects to hold approximately 7% of the issued shares of O3 Mining, while Osisko Mining is expected to hold approximately 59%.

In addition, Chalice will retain a 1.0% NSR royalty on all 100% owned claims on both projects that are not subject to a pre-existing royalty (577 claims).

CGMQ currently has approximately C$1.3 million in tax credits in its accounts receivable and, under the SPA, O3 Mining will reimburse Chalice any amounts received in cash upon receipt (expected in late 2019), provided that such amounts are received from Canadian tax authorities within 2 years of closing.

Completion under the SPA remains subject to the satisfaction (or where permitted, waiver) of a number of conditions precedent, including:

The conditions precedent must be satisfied (or where permitted, waived) by no later than end September 2019. Completion is anticipated to occur in early Q3 2019.

Osisko Mining is a leading Canadian gold exploration and development company based in Quebec, Canada. Osisko Mining holds a 100% interest in the high-grade Windfall Lake gold deposit located between Val-d’Or and Chibougamau in Québec and holds a 100% undivided interest in a large area of claims in the surrounding Urban Barry area and nearby Quévillon area (over 3,500 square kilometres). The company currently has a market capitalisation of ~C$880 million.

The East Cadillac Gold Project covers an area of 293km2 and is located ~35km east of the >20Moz Val-d’Or gold camp in Quebec, Canada. With land holdings encompassing a strike length of 27km of the Larder Lake-Cadillac Fault (LLCF), the most prolifically endowed gold trend in the southern Abitibi, the Project is along strike from several globally significant mines including Canadian Malartic (Agnico Eagle TSX/NYSE: AEM and Yamana Gold TSX: YRI) and Sigma Lamaque (Eldorado Gold TSX: ELD).

The Project surrounds the historic Chimo gold mine, owned by Cartier Resources (TSX: ECR), which produced ~379koz @ 4.8g/t Au, down to ~800m below surface. Drilling by Cartier and 17% owner Agnico Eagle has resulted in significant extensions to mineralisation below historic workings, with the potential to plunge onto Chalice’s claims at depth.

Acquired in late 2016, the Project is a consolidation of several earn-in option agreements (Chalice earning 80 to 100%) and Chalice’s 100%-owned claims. Previously segmented ownership hindered any modern regional exploration being applied effectively, meaning the Project is underexplored relative to the remainder of the LLCF trend.

Since acquiring the Project, Chalice has completed systematic geochemistry and geophysics field programmes, targeting a multi-million ounce gold discovery. This work has generated 7 new, large-scale targets. Chalice has drilled ~35,000m to date on the Project, testing 5 of these new targets resulting in 3 new wide-open gold discoveries. Drilling has also expanded two existing advanced prospects along strike and down plunge.

About the Kinebik Gold Project, Quebec

The 100% owned Kinebik Gold Project covers an area of 188km2 and includes 30km of strike along the Casa Beradi Fault in the Abitibi greenstone belt of Quebec, Canada.

The information in this news release that relates to Mineral Resources in relation to the East Cadillac Gold Project is based on information compiled by Mr John Langton, P.Geo, Principal, MRB & Associates, a Competent Person who is a member of Ordre des Géologues du Québec and the Association of Professional Engineers and Geoscientists of New Brunswick. Mr Langton is a consultant to the Company and has sufficient experience in the style of mineralisation and to the activity undertaken to qualify as a Competent Person as defined in the 2012 edition of the Australasian Code of Reporting Exploration Results, Mineral Resource and Ore Reserves and is a Qualified Person under National Instrument 43-101 – ‘Standards of Disclosure for Mineral Projects’. Mr Langton consents to the disclosure of information in the form and context in which it appears.