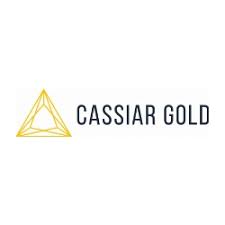 Each Flow-Through Unit consists of one common share issued on a “CEE flow-through” basis pursuant to the Income Tax Act (Canada) in the capital of the Company and one flow-through Common Share purchase warrant. Each FT Warrant will be exercisable by the holder thereof to acquire one CEE Share at a price of $0.675 for a period of 24 months following the closing date of the Offering.

Each Premium Flow-Through Unit consists of one CEE Share and one warrant. Each Warrant will be exercisable by the holder thereof to acquire one common share in the capital of the Company at a price of C$0.675 for a period of 24 months following the closing date of the Offering.

The proceeds from this financing will be used for the ongoing exploration and drilling programs at the Company’s flagship Cassiar Gold Project in northern British Columbia.

In connection with the Offering, the Company paid certain persons finders’ fees consisting of cash payments and non-transferable Warrants equal to 6%, respectively, of the aggregate proceeds raised from the sale of Flow-Through Units and Premium Flow-Through Units to subscribers introduced to the Company by the finder.

The securities issued pursuant to the Offering are subject to a four-month hold period under applicable securities laws.

Cassiar Gold Corp. (TSXV: GLDC) (OTCQX: CGLCF) is a Canadian gold exploration company focused on exploration in British Columbia, and is directed by a group of highly successful business executives. The Company’s key asset, the Cassiar Gold Project, is a large, highly prospective, road-accessible gold property that encompasses the entire Cassiar gold mining district. The Company has a NI 43-101-compliant inferred resource estimate of 1M oz at 1.43 g/t Au at the Taurus bulk-tonnage gold deposit and has high potential for further discovery and expansion of bonanza grade orogenic gold veins in the past-producing Cassiar South area. Historical underground mining in the Cassiar south area yielded over 300,000 oz of Au at grades of between 10 and 25 g/t Au, underscoring the high-grade potential of the district. The Property hosts numerous gold showings, historical workings, and exploration prospects over a >15 km long and up to 10 km wide trend. It also has a fully permitted 300 tpd mill and tailings facility which could provide the potential for near term production if new and expanded high grade resources are defined in the areas of active mining leases that cover some of the most prospective parts of the South Cassiar area. Cassiar Gold acknowledges, respects, and supports the rights of Traditional First Nations in the lands and communities where we operate.