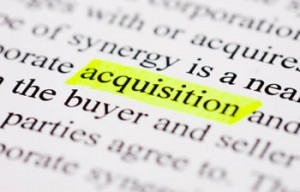 Canada Lithium Corp. (TSX: CLQ) (U.S. OTC: CLQMF) announced that the Company and the syndicate of underwriters led by Casimir Capital Ltd. have agreed to amend and revise the terms of its previously announced public offering.

Under the revised terms, the Underwriters have agreed to purchase, on a bought deal basis, 17,867,778 units of the Company (the “Units”), at a price of $0.73 per Unit, for aggregate gross proceeds of approximately $13 million (the “Offering”), by way of a short form prospectus. Each unit will consist of one common share of Canada Lithium and one half of one common share purchase warrant (each whole warrant, a “Warrant”). Each Warrant will be exercisable for a period of 2 years following the closing of the Offering at an exercise price of $0.85 per Warrant. The Company has granted the underwriters an over-allotment option to purchase additional Units up to 15% of the Offering, for a period of 30 days following the closing.

The Company will use the proceeds to fund initial stages of several previously announced capital projects, and for working capital and general corporate purposes.

The offering is subject to certain conditions including, but not limited to, the receipt of all necessary regulatory and other approvals, including the approval of the Toronto Stock Exchange and the securities regulatory authorities. The financing is anticipated to close on or about March 25, 2013.