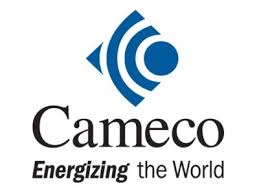 Cameco (TSX: CCO) (NYSE: CCJ) announced that it has completed its previously announced private placement of debentures consisting of $400 million aggregate principal amount of 2.95% Senior Unsecured Debentures, Series H maturing on October 21, 2027 (the “Series H Debentures”). The Series H Debentures bear interest at a rate of 2.95% per annum, payable semi-annually in arrears on April 21 and October 21 of each year, with the first interest payment on April 21, 2021. The Series H Debentures were offered on an agency basis by a syndicate of agents led by RBC Capital Markets, TD Securities Inc. and CIBC Capital Markets.

Cameco also announced today that it has provided to CDS Clearing and Depository Services Inc. and CIBC Mellon Trust Company a notice of redemption for the redemption of all of its outstanding 3.75% Senior Unsecured Debentures, Series E due November 14, 2022 (the “Series E Debentures”), which redemption will be completed on or about November 20, 2020. The Series E Debentures were issued under a trust indenture between Cameco and CIBC Mellon Trust Company dated July 12, 1999, as supplemented by a supplemental indenture dated November 14, 2012 (collectively, the “Indenture”). The Redemption is being made in accordance with the terms of the Indenture.

The redemption price, under the Indenture, is based on the yield for a Government of Canada bond with the equivalent term to maturity of the Series E Debentures plus 0.485%. The following is the redemption price, accrued and unpaid interest and total redemption payment amount for each $1,000 of principal (to three decimal places):

This news release does not constitute an offer to sell or the solicitation of an offer to buy the Series H Debentures in any jurisdiction. The Series H Debentures have not been and will not be registered under the United States Securities Act of 1933, as amended (the “U.S. Securities Act”), or the securities laws of any other jurisdiction, and may not be offered or sold in the United States, or to or for the account or benefit of a U.S. person, absent registration under, or an applicable exemption from the registration requirements of, the U.S. Securities Act.

Cameco is one of the largest global providers of the uranium fuel needed to energize a clean-air world. Our competitive position is based on our controlling ownership of the world’s largest high-grade reserves and low-cost operations. Utilities around the world rely on our nuclear fuel products to generate power in safe, reliable, carbon-free nuclear reactors. Our shares trade on the Toronto and New York stock exchanges. Our head office is in Saskatoon, Saskatchewan.