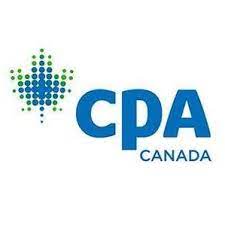 Optimism about the prospects for Canada’s economy dipped precipitously in the last quarter, according to a new survey of senior business leaders conducted for Chartered Professional Accountants of Canada (CPA Canada).

According to the CPA Canada Business Monitor (Q2 2022) survey, optimism about the national economy over the next 12 months plunged from 40 per cent in Q1 to just 16 per cent in Q2, with pessimism expressed by more than three times as many people (53 per cent).

Respondents point to the rise in inflation as the top challenge to the growth of the economy. It was cited by 29 per cent, with supply chain issues trailing at 14 per cent and no other perceived challenges surpassing the ten per cent mark.

“Canadian business leaders are now clearly concerned about economic issues whereas, several months ago, the pandemic was top of mind.” says David-Alexandre Brassard, CPA Canada’s chief economist. “Our results show that 70 per cent of these business leaders say inflation is currently hurting their businesses and 44 per cent expect that to continue for a year or more.”

Survey respondents are less optimistic about the prospects for their own organizations, but not to the same extent seen with expectations relating to the national economy. Business optimism shrank to 46 per cent in Q2, down from 64 per cent in opening quarter of the year. Key organizational metrics took a corresponding sag, with 61 per cent feeling revenues would increase over the next 12 months, a positive forecast but well down from 74 per cent in Q1. Similarly, 45 per cent thought profits would increase, compared with 63 per cent the previous quarter, and 44 per cent anticipated a climb in employee numbers, down from 56 per cent.

Beyond inflation, supply chain challenges are also impacting business operations. Survey participants  report that supply chain problems negatively affected their businesses in terms of supplier/input  availability (71 per cent), their ability to deliver for clients on time (60 per cent) and their overall production capacity/volume (43 per cent).

Advice to the federal government

While the surveyed business leaders were focused on the country’s overall economy and the state of their own businesses within it, they still had thoughts about what the federal government should do to right its fiscal position. In total, 47 per cent reported feeling extremely or very concerned about the state of federal finances with only 16 per cent reporting being slightly or not at all concerned. When asked what the most important factor to ensure responsible fiscal management, the largest group (38 per cent) called for setting-up hard limits on government spending and indebtedness, while 25 per cent are looking for improved oversight and 21 cite the need for an independent review of government spending.

The CPA Canada Business Monitor is issued quarterly, based on a survey commissioned by CPA Canada and conducted by NielsenIQ. The report draws upon business insights of professional accountants in leadership positions in privately and publicly held companies.

For the Q2 2022 study, emailed surveys were completed by 412 of 5,830 people identified by CPA Canada as holding senior positions in industry (CFOs, CEOs, COOs and other leadership roles). Respondents work for a mix of small, medium and large companies, as determined by employee size. The response rate was 17.2 per cent, with a margin of error associated with this type of study ±5 per cent, with a confidence level of 95 per cent. The survey was conducted from June 22 to July 7, 2022. Further information can be found in the survey’s background document, which is available online at cpacanada.ca/businessmonitorQ22022.

About Chartered Professional Accountants of Canada

Chartered Professional Accountants of Canada (CPA Canada) works collaboratively with the provincial, territorial and Bermudian CPA bodies, as it represents the Canadian accounting profession, both nationally and internationally. This collaboration allows the Canadian profession to champion best practices that benefit business and society, as well as prepare its members for an ever-evolving operating environment featuring unprecedented change. Representing more than 220,000 members, CPA Canada is one of the largest national accounting bodies worldwide.