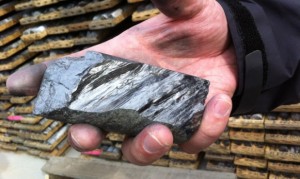 Zenyatta recently discovered the Albany (hydrothermal) graphite deposit. Zenyatta continues to report significant drilling intercepts and carbon grades including as recently as July 2, 2013. The Zenyatta graphite deposit corresponds with a magnetic low that was detected by aeromagnetic survey.

Under the terms of the purchase agreement, Bluenose can acquire a 100% interest in the Zenyatta West Graphite Project by paying $20,000 to the vendor and issuing 1,500,000 common shares to the vendor within 10 days of TSX Venture Exchange acceptance for filing of the purchase agreement. A 1% royalty has been reserved in favour of the vendor, a private exploration corporation. The acquisition of the Zenyatta West Graphite Project is subject to acceptance for filing by the TSX Venture Exchange.