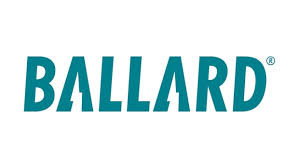 Ballard Power Systems (NASDAQ: BLDP) (TSX: BLDP) today announced it has received a Letter of Intent from Van Hool NV a bus OEM partner in Belgium, for 40 FCveloCity®-HD fuel cell engines to power buses under the Joint Initiative For Hydrogen Vehicles Across Europe funding program. These buses are expected to be the first fuel cell bus deployments supported under JIVE I.

The 40 buses will be powered by Ballard FCveloCity®-HD 85 kilowatt fuel cell engines, which Ballard expects to receive a purchase order for and to begin shipping in the second half of 2018. Van Hool plans to deploy 30 of these buses with the Regionalverkehr Köln GmbH transit agency in the city of Cologne, Germany, and plans to deploy the remaining 10 buses with WSW mobil GmbH transit agency in Wuppertal, Germany, with deliveries expected to begin in 2019.

“There is momentum in the growing global deployments of fuel cell technology for heavy duty transportation applications,” said Rob Campbell, Ballard Chief Commercial Officer. “Where transit buses and other heavy vehicles are typically characterized by high utilization rates together with the need for rapid refueling, fuel cell electric platforms are an especially attractive zero-emission alternative. We are very pleased with this progress and expect to begin work soon with Van Hool in fulfilling initial buses under the JIVE I program, in addition to the engines we announced last September for use in Van Hool tram-buses planned for deployment in Pau, France.”

Filip Van Hool, CEO of Van Hool, added, “We have successfully integrated Ballard products into our buses in the past and view the LOI announced today as another important step in our journey to commercialize innovative fuel cell electric buses. We look forward to collaborating with Ballard in the many deployments we are targeting under the programs.”

Ballard believes that its fuel cell engine product line has an unparalleled performance record. The Company’s seven generations of FCveloCity® fuel cell engines have been deployed in buses in 15 countries on 5 continents during the past 10 years. These fuel cell engines powered buses that have travelled more than 12 million kilometers (7.45 million miles) cumulatively in revenue service, equivalent to circling the globe 299 times. In addition, the Company believes that its FCveloCity® products have demonstrated industry-leading durability, as evidenced by more than 25,000 hours of revenue service in buses of the Transport for London fuel cell bus fleet.

Europe’s JIVE funding programs are intended to pave the way to commercialization of fuel cell electric buses by coordinating procurement activities to unlock economies-of-scale and reduce costs as well as supporting new hydrogen refueling stations. The JIVE I program targets deployment of 139 fuel cell buses in 9 locations and the JIVE II program targets a further deployment of 152 buses in 14 locations – for a total of 291 fuel cell buses to be deployed in European cities.

Results of the JIVE programs are expected to demonstrate the technical readiness of fuel cell buses to bus operators and the economic viability of hydrogen as a zero-emission bus fuel to policy makers. These programs are supported by a total of €57 million in grants from the Fuel Cells and Hydrogen Joint Undertaking.