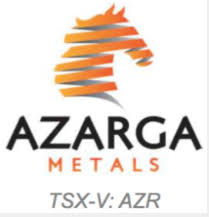 AZARGA METALS CORP. (TSX-V:AZR) reports that the worldwide coronavirus pandemic has not affected exploration activities on its Unkur Copper-Silver Project in Eastern Russia. The 2019-2020 Phase 2 drilling program has recently been finished after completion of the 15th drill hole for a total of 5,572 cumulative meters of new drilling. Complete assay results have now been received for seven more drill-holes in addition to the previously reported four holes (see press release February 11, 2020). Assays remain pending for four additional holes.

Dr. Alexander Yakubchuk, VP Exploration observed the core from these drill-holes and said: “All reported drill-holes intercepted stratabound copper-silver mineralization within the clastic rocks sequence between the rocks with calcareous cement (above) and non-calcareous cement (beneath). In this drilling program we have defined the extent of oxide mineralization to a downhole depth of approximately 180-190 meters and a strike length of approximately 4.5 kilometers. Sulphide mineralization was consistently intercepted below the base of the oxide.” 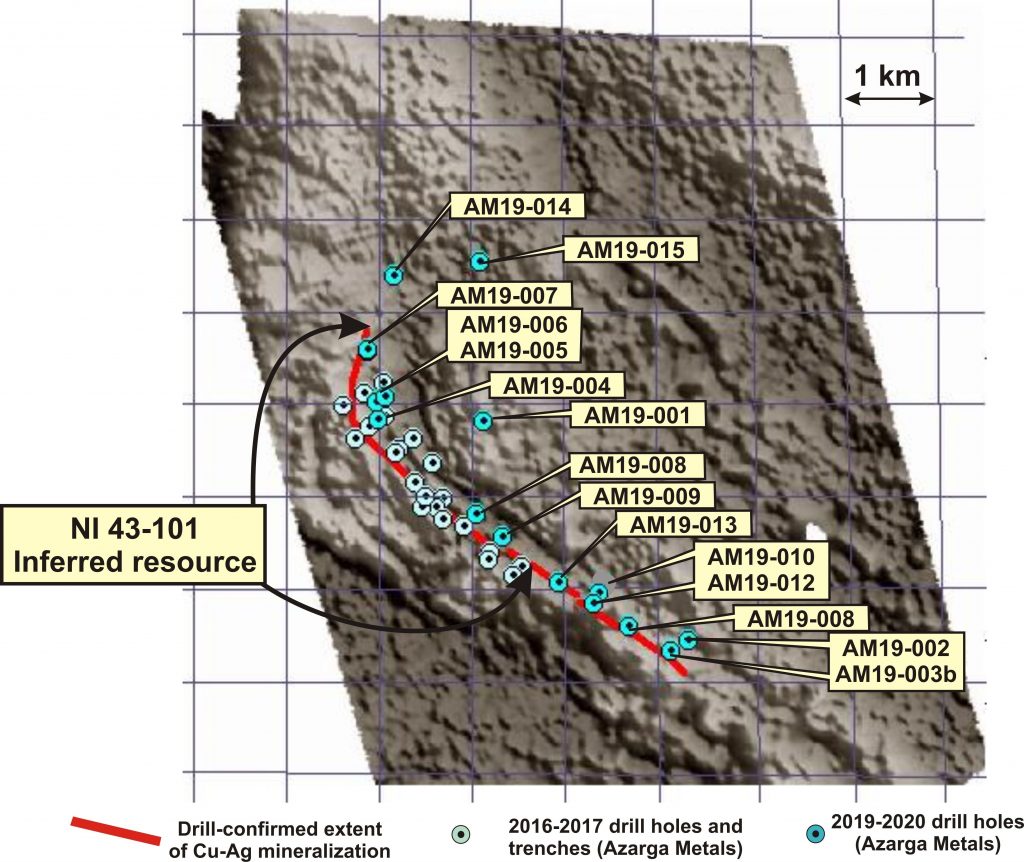 AM19-005 and 006 are infill drill-holes which aimed to test a higher-grade domain in the north of the current Resource envelope (see Figure 1 above) as well as collecting unoxidized material for metallurgical test work. Together with other drill holes in the area (e.g., AM19-004 and 2016 drill-holes AM001, AM003, AM004, AM017, and AM020), these new drill-hole results (Table 1) outline a +0.5% Cu envelope, which is more than 1,200 meters long and some 400 meters deep (see Figure 2 below). This envelope remains open to the north and the Company has tested this area with subsequent drill holes although results are not yet available.

Drill-holes AM19-008, AM19-009, AM19-010 and AM19-011 were drilled to test the southeast and down dip extension of the current resource envelope following the results of a magnetic survey conducted on the property in September 2019. Results of these drill holes (Table 1) along with drill holes AM19-002 and AM19-003b (see press release February 11, 2020) show that copper-silver mineralization appears to extend for at least 2 km to the southeast of the current resource envelope. Azarga has drilled this extension in drill fences some 420 to 450 m apart during the completed exploration program. The total strike length of the drill-confirmed mineralized envelope has now reached 5.5 km (Figure 2). Within this envelope, oxide mineralization was intercepted along the strike length of 4.5 km to a depth of 180-190 m. Copper and silver grades appear to be similar in oxide and sulphide material.

Notes to Table: *Partial assays were reported on February 11, 2020 for these drill holes; the results above are now updated to include all final assays. There was only weak mineralization logged and assayed in drillhole AM19-007. All assays presented are uncapped.

Figure 2. Position of +0.5% Cu domains within the NI 43-101 and extended Cu-Ag mineralized envelopes at Unkur. TOS is top of sulphide.

Azarga Metals is a mineral exploration and development company that owns 100% of the Unkur Copper-Silver Project in the Zabaikalsky administrative region in eastern Russia. On completion of a first phase physical exploration program in 2016-2018, the Company estimated an Inferred Resource of 62 million tonnes at 0.53% copper and 38.6g/t silver for the project in the report entitled “Technical Report and Preliminary Economic Assessment for the Unkur Copper-Silver Project, Kodar-Udokan, Russian Federation” dated effective 30, August 2018 authored by Tetra Tech Mining & Minerals. The Resource remains open in both directions along strike and down-dip.