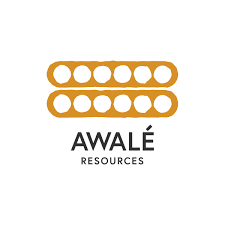 The Transaction as disclosed below, comprises a Private Placement and an Exploration Agreement on the Odienné Project, Côte d’Ivoire dated as of May 27, 2022 with Newmont.

The Company has finalized its non-brokered private placement as announced May 31st, 2022, consisting of 3,232,994 common shares issued to Newmont at a price of $0.197 per share raising gross proceeds of $636,900 (the “Offering”). The proceeds of the Offering are to be used for ongoing exploration expenditure on the Company’s Côte d’Ivoire projects. All securities issued under the Offering are subject to a hold period trading restriction which will expire on October 16, 2022.

As a result of the Offering, Newmont has become an insider of the Company having acquired 10.49% of the Company’s current issued and outstanding shares.

The Exploration Agreement gives Newmont the option to fund exploration activities up to a pre-feasibility phase on the following basis:

Phase 1 Newmont can earn a 51% interest in the Odienné Project by:

Phase 2- Newmont may earn an additional 14% interest for a total of a 65% interest in the Odienné Project by:

To facilitate this option Awalé advanced the minority holders US$100,000.  These funds are to be repaid by Newmont prior to December 31, 2023 and bears interest at a rate of US prime plus 4.5%.

Newmont has acquired the Shares for investment purposes, and in the future Newmont may, from time to time, increase or decrease its investment in the Company through market transactions, private agreements, treasury issuances or otherwise, depending on market conditions and any other relevant factors.

An early warning report will be filed by Newmont in accordance with applicable securities laws and will be available under the Company’s profile on the SEDAR website at www.sedar.com, and may also be obtained by contacting the persons named below.

Newmont is the world’s leading gold company and a producer of copper, silver, zinc and lead. The Company’s world-class portfolio of assets, prospects and talent is anchored in favorable mining jurisdictions in North America, South America, Australia and Africa. Newmont is the only gold producer listed in the S&P 500 Index and is widely recognized for its principled environmental, social and governance practices. The Company is an industry leader in value creation, supported by robust safety standards, superior execution and technical expertise. Newmont was founded in 1921 and has been publicly traded since 1925.