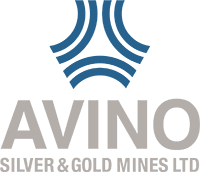 Avino Silver & Gold Mines Ltd. (TSX:ASM) (NYSE American:ASM) (FSE:GV6), is pleased to announce that it has closed its previously announced private placement of flow-through common shares.  A total of 3,000,000 FT Shares, which included the full exercise of the agent’s option for 500,000 FT Shares were sold at an offering price of $2.00 per FT Share for gross proceeds to the Company of $6,000,000. The Offering was completed pursuant to an agency agreement dated April 27, 2018 between the Company and Cantor Fitzgerald Canada Corporation. The Company paid a 7.0% commission to CFCC who acted as sole agent on the Offering. All FT Shares are subject to a four month hold period in Canada. The Flow-Through Shares were not and will not be registered under the United States Securities Act of 1933, as amended and may not be offered or sold in the U.S. absent registration or an applicable exemption from registration requirements.

Each FT Share will qualify as a “flow-through share”, as defined in subsection 66(15) of the Income Tax Act (Canada).

Avino will use the gross proceeds raised from the Offering to incur qualifying Canadian exploration expenses and flow-through mining expenditures on its Bralorne Mine property, British Columbia, which will be renounced to the purchasers of the FT Shares for the 2018 taxation year.

Avino is a silver and gold producer with a diversified pipeline of gold, silver and base metals properties in Mexico and Canada employing close to 600 people, and has created over 1,600 indirect jobs in Mexico. Avino produces from its wholly owned Avino and San Gonzalo Mines near Durango, Mexico, and is currently planning for future production at the Bralorne Gold Mine in British Columbia, Canada. The Company’s gold and silver production remains unhedged. The Company’s mission and strategy is to create shareholder value through its focus on profitable organic growth at the historic Avino Property near Durango, Mexico, and the strategic acquisition of mineral exploration and mining properties. Avino is committed to managing all business activities in an environmentally responsible and cost-effective manner, while contributing to the well-being of the communities in which we operate.