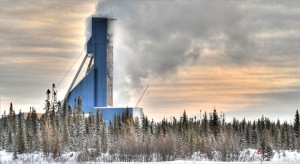 Aurizon Mines Ltd. (TSX:ARZ)(NYSE MKT:AZK) announces the results of the consideration elections under the terms of the Company’s previously announced arrangement with Hecla Mining Company. Under the arrangement, Aurizon securityholders were entitled to elect to receive CAD$4.75 or 0.9953 of a Hecla share per Aurizon share, subject in each case to pro-ration based on a maximum cash consideration of approximately CAD$514 million and a maximum of 57,000,000 Hecla shares.

The results of the elections received prior to the extended election deadline of 4:00 p.m. (EDT) on May 29, 2013 are as follows:

Since the aggregate elections for Cash Consideration exceed the amount available under the arrangement, securityholders who elected to receive the Cash Consideration will be subject to pro-ration in the manner described in Aurizon’s management information proxy circular dated April 10, 2013.

Aurizon is a gold producer with a growth strategy focused on developing its existing projects in the Abitibi region of north-western Quebec, one of the world’s most favourable mining jurisdictions and prolific gold and base metal regions, and by increasing its asset base through accretive transactions. Aurizon shares trade on the Toronto Stock Exchange under the symbol “ARZ” and on the NYSE MKT under the symbol “AZK”.

Established in 1891, Hecla believes it is the largest and lowest-cost primary silver producer in the U.S. The company has two operating mines and exploration properties in four world-class silver mining districts in the U.S. and Mexico.