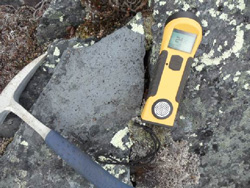 Robert L. Card, President of Arrowstar Resources Ltd. (TSXV: AWS), is pleased to report that the U.S. Bureau of Land Management has issued a Bond request of $68,100 for a proposed drilling program at the Company’s Snettisham Iron Ore project.  Arrowstar anticipates the drilling permit will be issued by the Department of Mineral Resources following posting of the bond.

Once the drilling permit is received, the Company can proceed with developing its next phase of the Snettisham Iron Ore project.  The drilling permit covers a proposed 3,000 meters of drilling comprised of nine holes ranging in depth from 200 to 500 metres. Initial review has identified three high magnetic intensity areas over a 750 metre distance with the largest area having a magnetic intensity greater than 78,000 nanoTeslas over an ellipsoidal surface area of approximately 750 metres by 750 metres.

In anticipation of favorable results, the Company plans a Phase 2 program of an additional 5,000 – 7,000 meters in 11-15 holes to further delineate the parameters of the iron formation and determine a measured resource estimate.

The Snettisham Iron Ore project was historically explored by the Bureau of Mines in 1955 and Marcona Corporation in 1969.   Marcona conducted sufficient drilling to complete a feasibility study on the deposit and announced plans to put the property into production in partnership with Marubeni of Japan.  Marcona’s plans in 1970 called for production of 5 million tonnes of pellets  per year over a mine life of 50 years.  The decline of iron ore prices in the early 1970’s caused the project to be delayed and eventually abandoned.  Arrowstar believes the deposit remains extremely well located and of large size to make it economic in todays iron ore market.  The property is also located on Tidewater on the Pacific Ocean and would serve the Asian Iron Ore Trade.  The property will be suitable for direct loading of sea vessels from the property, therefore requiring no roads or rail lines to be built.  The Juneau Hydro Electric Power line is located within 2 miles of the property.