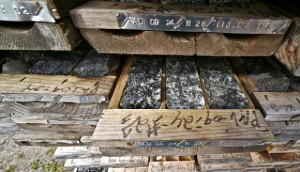 Arianne Phosphate Inc. (TSX VENTURE:DAN)(FRANKFURT:JE9N)(OTCBB:DRRSF) is pleased to announce that it has closed the previously announced private placement and Cdn$2.5 million credit facility with Mercury Financing Corp. The credit facility can be drawn on as required.

“Closing these transactions is a significant step forward for Arianne and the development of our world-class Lac a Paul phosphate deposit,” said Brian Kenny, CEO of the Company. “As we near the final stage of the Feasibility Study, this current round of financing allows us to gear up for the permitting process and undertake other key activities that move the project forward.”

Jim Cowley, President of Arianne added: “In these extremely challenging capital markets, we are pleased to receive new financing from a variety of sources and are especially encouraged by the expanded level of commitment to the Company by our existing lenders and shareholders. As with the original $10 million credit facility put in place in September 2012, we believe this new facility provides minimal equity dilution, a low interest rate, and deferral of actual cash payments until the time when Arianne’s project is more advanced.”

Under the terms of the credit facility, Arianne can draw up to Cdn$2.5 million and all amounts drawn will bear interest at a variable rate equal to 500 basis points over 3 month CDOR Rate. Additionally, the Company issued the Lender 1 million non-transferable warrants which are subject to vesting periods imposed by the TSX Venture Exchange. Following an initial draw of $1,275,000 by the Company under the credit facility, 508,475 Warrants have vested and the remaining 491,525 warrants shall vest as additional amounts are drawn by the Company. The warrants are also subject to a mandatory hold period of four months ending November 30, 2013. Lastly, Arianne has also provided the Lender with a Cdn$0.25/tonne production fee on all phosphate concentrate sales from the Lac a Paul project. The production fee can be repurchased at any time for a lump sum payment of Cdn$1.5 million. The production fee must also be repurchased by the Company for the same amount in the event of a change of control where at least 90% of Arianne’s issued and outstanding shares are acquired, purchased or otherwise owned by a third party, either by way of takeover bid or any other type of transaction having the same result. In connection with this transaction, Arianne paid on closing an arrangement fee of Cdn$25,000 to the agent and a commitment fee of Cdn$50,000 to the Lender.
Arianne is also pleased to announce the completion of its previously announced private placement. In total, Arianne issued 2,435,000 units at a price of $1.10 per Unit ($2,678,500) and 624,500 flow-through shares at a price of $1.40 per share ($874,300), for total gross proceeds of $3,552,800. Each Unit is comprised of one common share of the Company and one-half common share purchase warrant each Unit Warrant entitling the holder thereof to purchase one additional common share of the Company at a price of $1.45 per share until July 29, 2015. The company increased the Unit offering by $178,500 in light of the additional subscriptions received.

The line of credit and the private placement are subject to final approval from the Exchange.

Arianne Phosphate is developing the Lac a Paul phosphate deposits located approximately 200 km in the north of the Saguenay Lac-Saint-Jean region of Quebec, Canada. These deposits will produce a high quality igneous apatite concentrate grading 39% P2O5 with little or no contaminants. The Company has 77 million shares issued.