Argonaut Gold Inc. (TSX: AR) is pleased to announce it continues to discover high-grade gold mineralization in three distinct veins – North, Central and South – below the El Crestón open pit at its La Colorada mine in Sonora, Mexico. High-grade gold intercepts include:

The latest phase of drilling was a follow-up program to the initial discovery of high-grade gold veins below the El Crestón open pit, which included 12.2 metres at 98.9 g/t Au and 30.3 g/t Ag and 21.3 metres at 44.6 g/t Au and 274.9 g/t Ag (see press release dated April 26, 2021).  Following the initial discovery of high-grade gold zones, a phase two program of approximately 6,900 metres was designed to test lateral continuity and down-dip extensions of the gold-silver system.  Argonaut has confirmed the discovery of three distinct high-grade gold veins (North, Central and South) extending at least 250 metres below the planned bottom of the El Crestón pit.  The drill results announced today represent approximately 80% of the phase two drilling program and assays are pending for the remaining 20% of the program.

Pete Dougherty, President & CEO commented: “In April of this year, we announced the discovery of high-grade gold veins below the El Crestón open pit at our La Colorada mine.  We were excited to increase our exploration program at La Colorada to test the continuity and down-dip extension of these veins and are encouraged by the phase-two drill results.  Not only are we encountering additional high gold grades, but we are also pleased with the estimated average true width of the high-grade in the three veins discovered thus far.”

The high-grade zones occur in three distinct oxide low sulphidation quartz veins – North, Central and South – extending below the current El Crestón open pit mine operations and are part of a larger low sulphidation system with gold and silver hosted in quartz and quartz-breccia zones.  Drilling and mine operations have currently defined over 800 metres of strike length along the veins.  The veins remain open along strike and at depth and are known to go well below the planned open pit.

For the phase-two program, two reverse-circulation (“RC”) drill rigs were utilized due to the speed of which the program could be completed to work around active mining operations.  A diamond drill rig was utilized in both phase one and two drill programs to twin select holes for grade and width confirmation.  Assays received to date from core twin holes during the phase one and two programs confirmed good sample quality in the RC drilling.

A plan view map and cross sections detailing the high-grade gold and silver intercepts are presented below:

Brian Arkell, Vice President of Exploration stated: “This second phase of drilling successfully confirmed continuity of higher grade gold-silver mineralization along strike and has further extended the veined zones at depth.  We now have a number of drill hole piercings along the three veins to give us good confidence to model the zones and begin a more rigorous technical assessment.  We see potential for a new chapter at the La Colorada mine which, based on the grades and widths of the veins encountered to date, could include another underground mine.  We are currently planning our phase three program, and it will include modeling, mine planning and analysis of best processing methods.”

Gold and silver at La Colorada are hosted in a series of low sulfidation epithermal style quartz veins formed along a major regional suture zone.  Four deposits – Gran Central, La Colorada, El Crestón and Veta Madre – have been mined, or are currently being mined and/or are in the future mine plans.  At El Crestón, mineralization occurs along east-west oriented sets of sub-parallel veins, vein breccias and stockworks that maintain good lateral continuity for over 800 metres along strike and are known to continue extensively at depth.  Three major veins – the North, Central and South veins – comprise the principal mineral production at El Crestón.

For further information on the La Colorada mine, please see the report listed below on the Company’s website or on www.sedar.com:

The preparation of this press release was supervised and approved by Brian Arkell, Argonaut Gold’s Vice President of Exploration and a Qualified Person under NI 43-101.  Mr. Arkell also reviewed the RC and DD, sampling, and on-site sample preparation procedures at La Colorada.

The Company has implemented a QA/QC program to ensure sampling and analysis of all exploration work is conducted in accordance with industry and CIM Exploration Best Practices Guidelines. RC holes are drilled with air or water injection depending on the geology, sampled through rotary splitters and / or Gilson-type splitter, and collected in micropore sample bags. Cores are logged then photographed and sawn in half by experienced geotechnicians, placed in numbered plastic bags. All samples are gathered in rice bags which are sealed with tamper-proof security tags under the supervision of the project geologists.  RC chips and the remaining half of the core are retained for future assay verification and/or metallurgical testing.  Other QA/QC procedures include the insertion of blanks and Reference Standards along with sample duplicates. The laboratory has its own QA/QC protocols, running standards, blanks, and duplicate samples in each batch stream.  Gold analysis is conducted by lead collection, fire assay with a gravimetric finish on a 50-gram sample. Metallic screen fire assaying is completed using a 1.0 kg sample and two 50 gm fire assays of the pass (-100 mesh) pulverized material on all samples containing visible gold.  Check assays are conducted at a secondary ISO certified laboratory.

Argonaut Gold is a Canadian gold company engaged in exploration, mine development and production.  Its primary assets are the El Castillo mine and San Agustin mine, which together form the El Castillo Complex in Durango, Mexico, the La Colorada mine in Sonora, Mexico and the Florida Canyon mine in Nevada, USA.  The Company also holds the construction stage Magino project, the advanced exploration stage Cerro del Gallo project and several other exploration stage projects, all of which are located in North America. 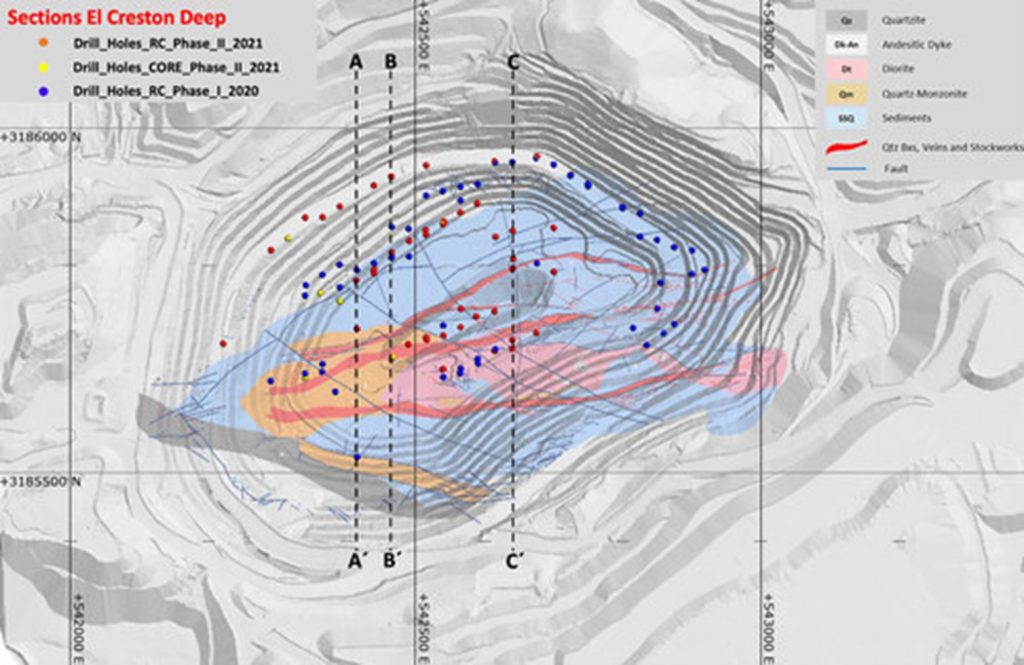 Figure 1 – Plan Map of the El Crestón open pit showing the locations of the drill holes from the phase one and two exploration programs (CNW Group/Argonaut Gold Inc.) 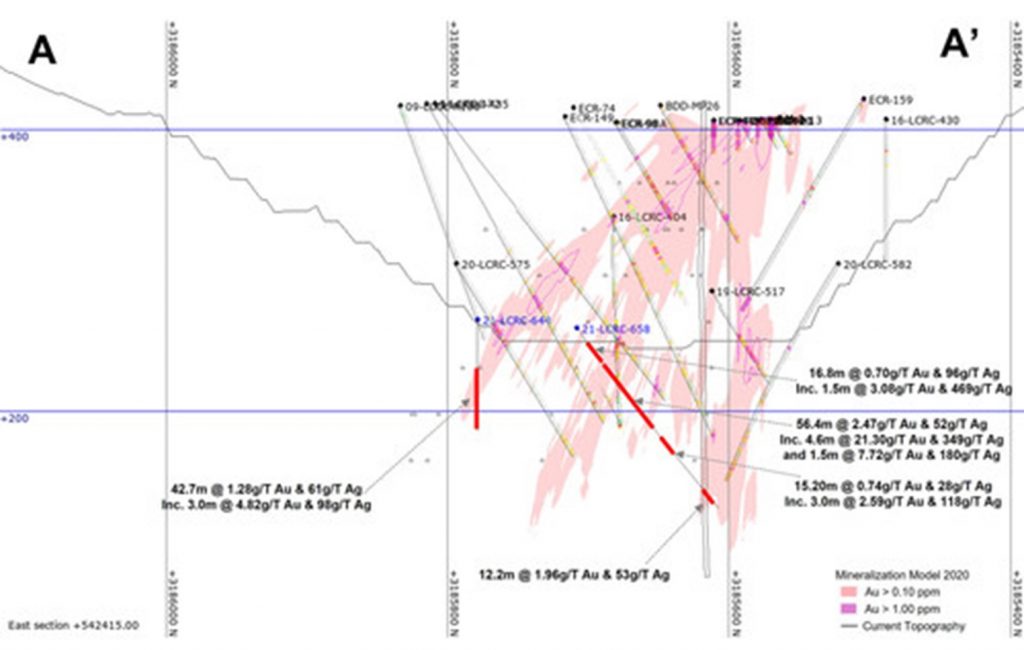 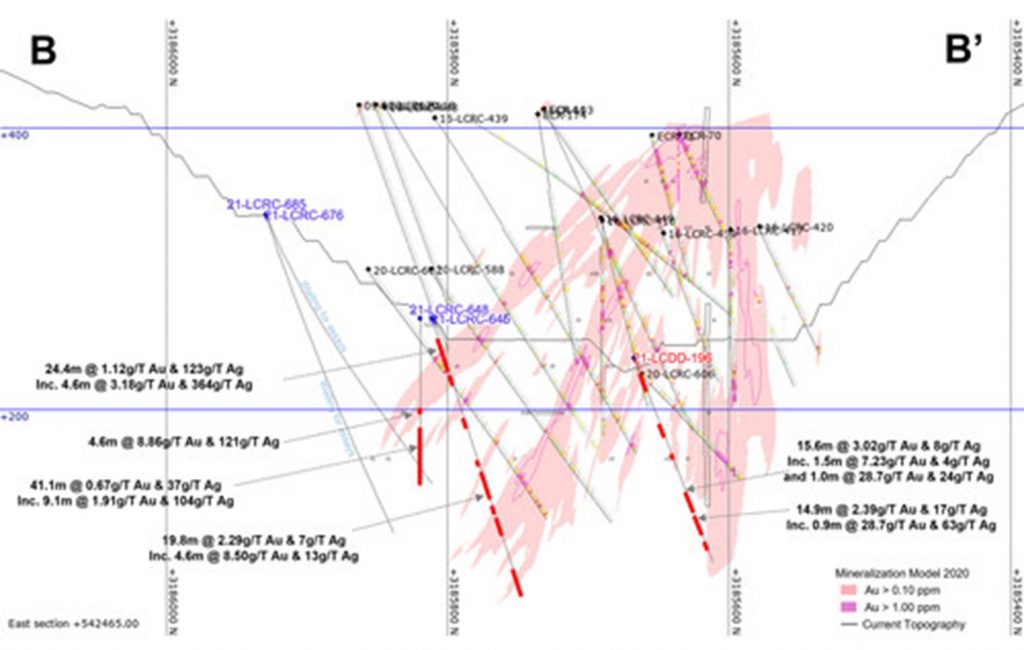 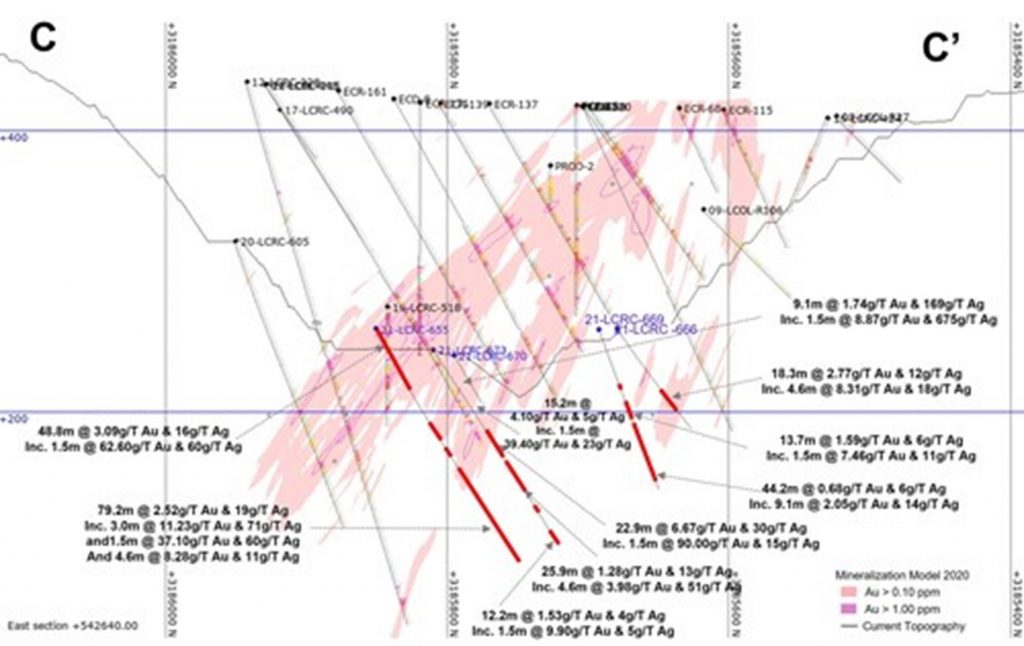