Appia Announces Final Closing of Non-Brokered Private Placement Financing for a Total of $3,666,000

Appia Announces Final Closing of Non-Brokered Private Placement Financing for a Total of $3,666,000 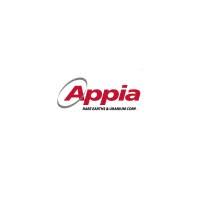 All securities issued pursuant to the fiinal closing are subject to a hold period expiring on April 9, 2023.

In connection with the final closing of the Offering, eligible finders will be paid $63,060 in cash and issued 12,000 WC Broker Warrants. Each broker warrant issue in relation to the sale of WC Units entitles the holder to acquire one common share of the Corporation at a price of $0.65 until December 8, 2023.

Appia is a publicly traded Canadian company in the rare earth element and uranium sectors. The Company is currently focusing on delineating high-grade critical rare earth elements and gallium on the Alces Lake property, as well as exploring for high-grade uranium in the prolific Athabasca Basin on its Otherside, Loranger, North Wollaston, and Eastside properties. The Company holds the surface rights to exploration for 110,997 hectares (274,280 acres) in Saskatchewan. The Company also has a 100% interest in 12,545 hectares (31,000 acres), with rare earth element and uranium deposits over five mineralized zones in the Elliot Lake Camp, Ontario.

Appia will have 130.5 million common shares outstanding, 153.8 million shares fully diluted on the final closing of the Offering.