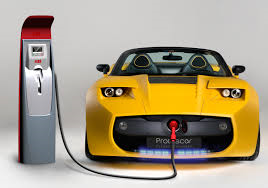 While plug-in electric vehicles (PEVs) are now available in all U.S. states, most Canadian provinces and territories, and in every Western European country, they are not readily accessible in the Asia Pacific region.  That will change over the next several years as Asia Pacific becomes the largest market for PEV sales.  According to a recent report from Navigant Research, sales of PEVs in North America, Western Europe, and Asia Pacific will grow from 352,000 annually in 2014 to 1.8 million in 2023.

“PEVs are becoming more available and more price-competitive, both geographically and in vehicle segments outside of small and luxury car classes,” says Scott Shepard, research analyst with Navigant Research.  “That is expanding the universe of potential PEV buyers beyond the narrow demographics of early adopters to a wider market that is similar to that for hybrid electric vehicles.”

PEVs are better suited to and marketed toward urban areas, as vehicle range requirements are typically shorter in these communities.  As such, the concentration of PEVs is anticipated to be higher in geographic areas with higher populations and more households.  The largest urban markets during the forecast period, according to the report, will be Tokyo, Los Angeles, and Paris, with PEV sales in 2023 of 49,000, 39,000, and 25,000 vehicles, respectively.

The report, “Electric Vehicle Geographic Forecasts”, provides a detailed examination of the market opportunity for PEVs in North America and within select cities in Europe and Asia Pacific.  Forecasts for PEV sales and vehicles in use (parc) for North America, as well as five select PEV markets in both Europe (London, England; Paris, France; Berlin, Germany; Amsterdam, Netherlands; and Oslo, Norway) and Asia Pacific (Tokyo, Japan; Seoul, South Korea; Sydney, Australia; Hong Kong; and Singapore), extend through 2023.  The forecast model for each region, which has been updated to align with actual sales data from 2013, incorporates an analysis of the variation between fuel costs for conventional vehicles and PEVs, as they vary by region.  An Executive Summary of the report is available for free download on the Navigant Research website.