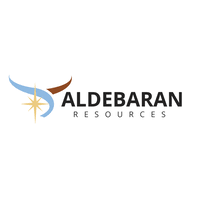 Aldebaran Resources Inc. (TSX-V: ALDE) (OTCQX: ADBRF) is pleased to report the remaining drill holes from the 2021/2022 drill program at the Altar copper gold project located in San Juan, Argentina. Holes QDM-22-47B, QDM-22-48B, QDM-22-49 and QDM-22-50B were designed to test for extensions of porphyry mineralization and provide sufficient drill hole density to support a maiden 43-101 mineral resource calculation at the Radio Porphyry target. Drill holes QDM-22-45U, QDM-22-45L and QDM-22-45D were designed to test the areas around the high-grade gold intercept from the QDM Gold deposit intercepted in QDM-21-45 (see news release dated February 24, 2022). The holes drilled at the Radio Porphyry successfully extended the mineralized footprint and indicated the system remains open in various directions. The holes following up on the previously reported high-grade gold intercept hit mineralization but were unable to reproduce the previous long runs of higher-grade. However, QDM-22-050B drilled through the western portion of the QDM Gold deposit and intercepted another high-grade gold intercept, providing more evidence that the QDM Gold deposit remains open in several directions and has the potential to host multiple high-grade mineralized structures.

John Black, Chief Executive Officer of Aldebaran, commented as follows: “The holes that were drilled into Radio Porphyry continue to demonstrate the continuity of the system. With this information in hand, we will begin to evaluate whether we have completed enough drilling to move to a resource update for Radio Porphyry or whether additional drilling will be required. The holes that tested the QDM Gold deposit are encouraging as we now have multiple occurrences of quite attractive grade gold mineralization throughout the deposit. We have yet to determine the controls on mineralization, however, it appears the higher grades are structurally controlled. We have now reported all the results from the 2021/2022 drilling campaign and are already preparing to return to the Altar project in the coming months to begin the 2022/2023 drill campaign, which will largely be focused on testing the very large and encouraging geophysical anomaly we have delineated at the Altar Central and Altar East deposits.”

Table 1 below displays detailed assays results. Figure 1 displays a plan map with the location of the reported drill holes, Figure 2 displays the QDM/Radio plan map, Figures 3 to 8 display cross sections of the results of the holes reported herein, and Figure 9 displays an oblique view of drill holes QDM-21-045, QDM-22-045U, QDM-22-045L and QDM-22-045D.

The objective of this set of three shallow drillholes was to test the extension in all directions of the high-grade gold interval intersected in hole QDM-22-045. All the drillholes intersected rocks with very similar characteristics. The holes begin in intervals of multistage breccia units including a strongly altered magmatic breccia within a dacite porphyry matrix, which is crosscut by several pulses of rock milled matrix breccias. Alteration in the upper portion is characterized by strong sericite-pyrite-sphalerite-quartz-tourmaline assemblages associated with high gold-zinc mineralization that pervasively replaces the rock and is associated with the occurrence of veins within discrete corridors where the alteration is intense and the sulphide content increases. The holes transition into the andesitic volcanic-sedimentary host rock package of early Miocene age, crosscut by narrow dacite dykes. The intensity of alteration is variable on the lower portion of these holes, with a notable increase in pyrite content associated with intense quartz-tourmaline alteration.

Drillhole QDM-22-047 was lost prematurely at 172.4 m depth due to drilling-related operational problems. Twin hole QDM-22-047B was collared a few meters away and drilled up to a depth of 1,241.5 m. Both holes were drilled at -75 degrees dip and 00 azimuth to test for the eastern extension of the higher-grade mineralization found in hole QDM-21-043.

QDM-22-047B encountered a leached and oxidized zone up to 207 m depth, followed by a long run with moderate grades of copper-gold mineralization associated with the occurrence of moderate “k feldspar-biotite-magnetite-quartz-chalcopyrite-bornite” potassic alteration with weak quartz-chalcopyrite-pyrite-magnetite veining, overprinted by weak “green sericite-chlorite-chalcopyrite-pyrite / quartz-tourmaline-sericite” assemblages. Potassic alteration increases to moderate-strong from 450 m depth and up to 1,177 m.

Potassic alteration progressively decreases from 1,177 m depth until the bottom of the hole, accompanied by the occurrence of increasing quartz-anhydrite-molybdenite-chalcopyrite-pyrite veins.

Drillhole QDM-22-048 was lost prematurely at 165.5 m depth due to drilling-related operational problems. Twin hole QDM-22-048B was collared a few meters away and drilled up to a depth of 1,449.3 m. Both holes were drilled at -70 degrees dip and 138 degrees azimuth. The purpose of these holes was to test for the vertical extension of higher-grade mineralization found in QDM-21-034 and QDM-22-043.

The top third of drillhole QDM-22-048B cuts through a package of andesitic rocks. The upper 150 m of the hole displays moderate to strong sericite-pyrite-tourmaline alteration, associated with gold mineralization typical of that observed at the QDM Gold deposit. From 150 m to 565 m, the rocks display strong potassic alteration accompanied by moderate vein stockworks of quartz-pyrite-chalcopyrite-magnetite / quartz-green sericite-chalcopyrite-pyrite ±bornite / quartz-pyrite-molybdenite-chalcopyrite.

The hole intersected a late-mineral porphyry unit from 565 m to 865 m depth which displays weak to moderate potassic alteration and weak quartz veining. It is believed this late porphyry unit has a sub-vertical geometry and is much narrower than the intercepted width in the drill hole. At 917 m, the hole goes back into the andesite wall rocks where mineralization continues associated with quartz-pyrite-molybdenite-chalcopyrite vein stockworks with moderate potassic alteration.

Drillhole QDM-22-049 was collared on the southern edge of the QDM Gold Zone. The hole was drilled at -73 degrees dip and 40 degrees azimuth, reaching a final depth of 1,086.8m. It was intended to drill perpendicular to holes QDM-22-045 and QDM-22-048B infilling an area with no previous drilling. Ultimately the hole deviated over 100 m from its original target due to operator issues.

QDM-22-049 intersected a dacite porphyry starting from surface down to 81 m depth, before entering a homogeneous and thick sequence of andesitic fragmental and massive porphyritic rocks. From 902 m depth until the bottom of the hole, several porphyry dykes were encountered. The top 130 m of the hole displays sericite alteration associated with pyrite. Below 130 m depth, alteration increases progressively from weak to moderate potassic alteration associated with weak to moderate quartz-chalcopyrite-pyrite-molybdenite veining. Mineralization increases around 700 m depth and progressively increases towards the bottom of the hole.

Drillhole QDM-22-050 was lost prematurely at 306.1 m due to drilling-related operational problems. Twin hole QDM-22-050B was collared a few meters away and drilled up to a depth of 898.4 m. The hole was drilled at -77 degrees dip and 225 degrees azimuth. The main objective of these holes was to test for the northwestern extension of the Radio Porphyry system and the western extension of the QDM Gold deposit. The hole ended prematurely due to heavy snowfall that forced the shutdown of the 2021/2022 campaign.

Drillhole QDM-22-050B intersected a dacite porphyry unit from surface to 560 m depth which is crosscut by several hydrothermal breccias containing attractive gold grades, and by minor late magmatic-hydrothermal breccias displaying in most cases rock-milled matrix. From 560 m to the end of the hole, the hole was predominantly in andesite volcanic wall rocks.

Aldebaran is a mineral exploration company that was spun out of Regulus Resources Inc. in 2018 and has the same core management team. Aldebaran acquired the Rio Grande copper-gold project located in Salta Province, Argentina from Regulus along with several other early-stage projects in Argentina. Aldebaran also has the right to earn up to an 80% interest in the Altar copper-gold project in San Juan Province, Argentina from Sibanye Stillwater Limited. The Altar project hosts multiple porphyry copper-gold deposits with potential for additional discoveries. Altar forms part of a cluster of world-class porphyry copper deposits which includes Los Pelambres (Antofagasta Minerals), El Pachón (Glencore), and Los Azules (McEwen Copper). In March 2021 the Company announced an updated mineral resource estimate for Altar, prepared by Independent Mining Consultants Inc. and based on the drilling completed up to and including 2020.