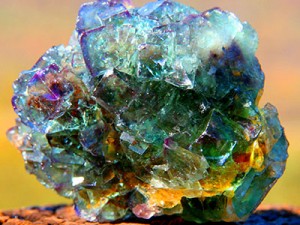 Zimtu Capital Corp. (TSXv: ZC) (FSE: ZCT1) is pleased to announce that at the open of market today one of its equity holdings Prima Fluorspar Corp. commenced trading on the TSX Venture Exchange under the symbol TSXv: PF.

Zimtu currently holds 7,457,500 common shares of Prima (subject to a 36-month staged escrow release) representing approximately 27% of the total 26,761,500 issued and outstanding common shares of Prima. Zimtu has been an active supporter of Prima since its inception and will continue to support the company as it moves forward.

Prima is focused on expanding a historic fluorspar resource* at its Liard Fluorspar Property in northern British Columbia.

Robert Bick is an experienced company builder. Mr. Bick is the former CEO and Executive Chairman of Evolving Gold Corp. (http://www.evolvinggold.com). He joined Evolving Gold when it had a market cap of less than $3 million, trading on the CNSX. During Robert’s tenure, the market cap increased from $3 million to over $100 million. Evolving Gold raised over $50 million during that period, moved to the TSX-V and subsequently graduated to the TSX main board.

Dean Nawata contributes public market and capital finance depth to the team. Mr. Nawata has over 18 years of public market experience, nine of which he spent as a licensed stockbroker focusing on financing of junior mining and oil/gas projects with Nesbitt Burns, Research Capital Corporation, and Raymond James. Mr. Nawata currently holds a position in Business Development for 49 North Resources.

With over 30 years as mining industry geoscientist, Ms. Hardy supplies technical, geological expertise to the team. As a professional geoscientist, she has been involved in project coordination, regulatory and permitting issues, implementation and monitoring of environmental action plans and procedures, as well as environmental impact assessment. Ms. Hardy also serves as a Director of Commerce Resources, HFX Holdings and Argentex Mining.