Zgounder Silver Mine Produces 44,130 Ounces of Silver During December 2017

Zgounder Silver Mine Produces 44,130 Ounces of Silver During December 2017 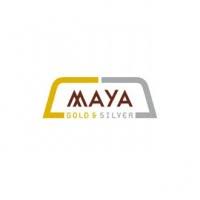 Maya produced a total of 517,135 ounces (16,085Kg) of silver during 2017, up 0.87% over 2016 despite the fact that the Zgounder Mine’s water supply pipelines were washed out following unusually heavy rainfall in the month of July (previously reported August 18, 2017), significantly reducing production for approximately two months.

The integration of the flotation cells to the processing circuit is progressing on schedule and is expected to be finalized by the end of Q1 2018, increasing the tonnage of processed ore from 187 t/day to up to 500 t/day (a 267% increase) and reducing processing costs by 15%.

Development highlights at the Zgounder Mine

The technical content of this news release has been provided by Zgounder Millenium Silver Mining and has been reviewed and approved by Michel Boily, PhD, geo from GÉON; an independent Qualified Person under NI 43-101 standards.

Maya Gold & Silver Inc. is a Canadian publicly listed mining corporation focused on the exploration and development of gold and silver deposits in Morocco. Maya is initiating mining and milling operations at its Zgounder Mine owned by Zgounder Millenium Silver Mining, a Maya 85% owned joint venture with l’Office National des Hydrocarbures et des Mines of the Kingdom of Morocco (15%).

The decision to commence production at the Zgounder Silver Mine was not based on a feasibility study of mineral reserves demonstrating economic and technical viability, but rather on a pre-feasibility study. Accordingly, there is increased uncertainty and economic and technical risks of failure associated with this production decision. Production and economic variables may vary considerably, due to the absence of a complete and detailed site analysis according to and in accordance with NI 43-101.

The Corporation still considers the Zgounder Mine in development stage despite the positive production results achieved. The criteria and thresholds established by the Company have not yet been achieved to justify the transfer into commercial production. Although the property is presently generating positive cash flows, the asset is not operating in the manner intended by management The principal criterion not yet satisfied is the completion of the capital expenditure program (mainly the installation of floatation cells) at the mine. With the proceeds of the European Bank for Reconstruction and Development (EBRD) loans and equity financings closed in 2016, this capital expenditure project is now 50% completed. Management expects that the commercial production will start at the beginning of Q2-2018.