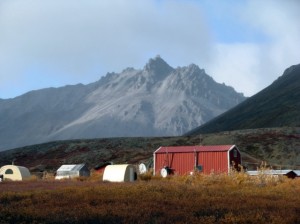 Zazu Metals Corporation (TSX:ZAZ) is pleased to announce the completion of the second and final tranche of the $1,497,800 non-brokered private placement financing previously announced on April 22, 2015. Tranche 2 consisted of the sale of 3,464,000 common shares of the Company at US$0.20 (or CDN$0.25) per Common Share for aggregate gross proceeds of US$692,800.

The participation of Zebra and Mr. Atzmon to the financing made the Offering a “related party transaction” as defined under Multilateral Instrument 61-101 – Protection of Minority Security Holders in Special Transactions.

The Offering was exempt from the formal valuation and minority shareholder approval requirements of MI 61-101 as neither the fair market value of the securities distributed pursuant to the Offering nor the consideration received for those securities, insofar as the Offering involved interested parties, exceeded $2,500,000.

The Common Shares issued pursuant to the Offering are subject to a statutory four month and one day hold period.

The Company intends to use the proceeds from the Offering for property development expenditures and general working capital purposes. Completion of the private placement is subject to regulatory approval.

Zazu is a Canadian-based exploration company with a 50% operating interest in the Lik zinc – lead – silver deposit in Northwest Alaska, which is large tonnage, high grade and potentially open pittable. Zazu completed a positive PEA in 2014 and has the exclusive right to obtain 80% of the property by meeting certain spending commitments by 2018.