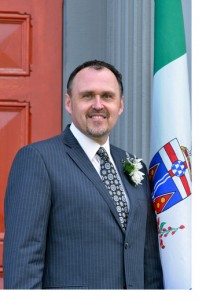 The authorization enables continued progress in the development of a new gold mine in the territory.

“The Yukon government remains committed to providing an internationally-competitive investment climate, which includes a focus on regulatory certainty and efficient licensing,” Premier Darrell Pasloski said. “We look forward to working with Victoria Gold on this important project in the years to come.”

Victoria Gold’s Quartz Mining Licence will allow the company to begin site preparation and construction activities at their Dublin Gulch property, 85 kilometres north of Mayo. Pending further approvals, the company plans to complete construction in 2015 and begin mining operations in 2016. The mine is expected to have a life span of approximately 10 years.

“Working cooperatively with the federal government, First Nation governments and the mining and resource-development industry is a priority for the Government of Yukon,” Minister of Energy, Mines and Resources Scott Kent said. “This approach is aimed at creating new investment opportunities while creating a climate for growth with current investors.”

Once operational, the Victoria Gold mine will have an open pit with a production rate of approximately 10 million tonnes per year of ore and will use a three stage gold extraction process of crushing, heap leaching and carbon absorption.

The Yukon government received the application for a Quartz Mining Licence May 16. This authorization enables the project to begin initial construction and also to start certain land-based activities in advance of obtaining a Type A Water Licence.

Placer gold mining has taken place since 1895 in the Dublin Gulch area, where the project is located. Hard-rock mineral exploration by several companies has been conducted in the area since 1972.