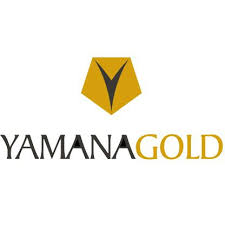 Download a PDF of detailed drill hole results for Odyssey

Download a PDF of detailed drill hole results for Wasamac

YAMANA GOLD INC. (TSX:YRI) (NYSE:AUY) (LSE:AUY) is pleased to announce positive exploration drilling results at both Odyssey and Wasamac, as the Company continues to advance its strategic initiatives across its portfolio, further underpinning its strategic outlook and efforts to meaningfully extend its sustainable production platform.

Notable highlights at Odyssey include East Gouldie infill and exploration drilling, which continues to demonstrate both significant expansion potential and excellent mineralization continuity and consistency. With twelve surface diamond drill rigs active on East Gouldie, as well as four underground drill rigs on Odyssey South, ongoing drilling is expected to convert a significant portion of the 2021 year-end inferred mineral resources to indicated mineral resources for 2022 year-end reporting, and, as well, significantly expand the inferred mineral resource envelope. At Wasamac, infill drilling results continue to confirm or exceed expected grades and widths, highlighting the continuity and tenor of mineralization. Along with positive step out drill results from Wildcat South, these results provide support for an expanded production scenario within and adjacent to the known mineral envelope at Wasamac.

Yamana and Agnico Eagle Mines Ltd., who each hold a 50% interest in the Canadian Malartic General Partnership, owner and operator of the Canadian Malartic mine, announced a positive construction decision for the Odyssey underground project at Canadian Malartic on February 11, 2021. The size, continuity and growth potential of the East Gouldie mineralized zone is highlighted by the rapid resource growth and consistent infill drill results, including the latest infill drilling results reported herein. The East Gouldie zone was discovered in the fourth quarter of 2018 and the decision to start the shaft development was made in the first quarter of 2021, prior to the declaration of mineral reserves, on the basis of 0.8 million ounces of indicated mineral resources (100% basis) and 13.5 million ounces of inferred mineral resources (100% basis). By year-end 2021, that decision was validated by further infill drilling, when 1.5 million ounces (11.9 million tonnes grading 3.88 g/t gold) had been converted to indicated mineral resources, and an additional 1.2 million ounces (10.7 million tonnes at 3.4 g/t gold) had been added to inferred mineral resources, largely within the 2020 East Gouldie resource envelope.

Infill drilling in 2022 continues to demonstrate remarkable grade and width continuity in the East Gouldie mineralized zone, with indicated resource drilling meeting or exceeding the grade and width of the reported inferred resource, validating the inferred resource estimate. With twelve surface diamond drill rigs active on East Gouldie, as well as four underground drill rigs on Odyssey South, ongoing drilling is expected to convert a significant portion of the 2021 year-end inferred mineral resource to indicated mineral resources for 2022 year-end reporting. As well, drilling is expected to significantly expand the inferred resource envelope. These new indicated resources will provide the basis for updated technical studies in 2023 that will allow definition of mineral reserves for the Odyssey underground project over the next few years, starting at the end of 2022.

Exploration of the eastern extension of the East Gouldie structure (East Gouldie Extension) from the Rand property continued during the second quarter. To date in 2022, exploration drilling completed at East Gouldie Extension consists of 14,600 metres, generating eight new pierce points in the eastern extension of the East Gouldie plane. The eastern extension of East Gouldie has now been tested with fifteen pierce points from both the 2021 and 2022 drill programs, providing 300-500 metre-spaced drill centres, and testing a panel beyond the East Gouldie resource measuring approximately 1,500 metres strike by 900 metres down dip. Mineralization at East Gouldie extension remains open in all directions. Highlights from the second quarter drilling include two shallow (approximately 600-1000 metres below surface) drill holes: MEX 21-229, with 1.73 g/t of gold over an estimated true width of 4.37 metres, and hole MEX 22-232, which intersected 3.85 g/t of gold over an estimated true width of 5.98 metres. These holes extend the East Gouldie Extension mineralized plane an additional 900 metres up dip from the previously reported intercept in drill hole RD 20-4659 (see Figure 1). In addition, hole MEX 22-231 extended the mineralized envelope to the west with an intercept of 1.84 g/t of gold over an estimated true width of 62.92 metres. Hole RD 21-4689AA is the deepest and easternmost intercept to date at East Gouldie. This step out hole returned 4.11 g/t gold (3.05 g/t gold capped at 20 g/t gold) over a core length of 7.9 metres. This intercept is located between the East Gouldie and Titan mineralized zones, 2,250 metres below and to the east of hole MEX 22-232 pierce point, underscoring the impressive upside potential at East Gouldie.

The East Gouldie mineralized plane has now been encountered in drilling over approximately 3,250 metres in strike length and extends for 2,000 metres vertical extent. Positive intercepts at wide spacings in the plane provide excellent opportunities to develop new inferred resources east of the advancing shaft and underground development. These results suggest the potential for a second production shaft that could increase throughput over the longer term.

With a significant production platform, material cash flow generation and a prominent position within Quebec’s Abitibi District, Canadian Malartic will remain one of the Company’s cornerstone assets and one of the more prolific and generational mines in the world, particularly as the Odyssey mine is developed and comes into production. The Company is taking a disciplined approach to the development of Odyssey with a conservative outlook for initial throughput and production. While the Odyssey mine is expected to initially process 20,000 tonnes per day and produce 500,000 to 600,000 ounces per year, based on the current mine plan, the Company recognizes that there is a large inventory of ounces that is not currently in the mine plan. Odyssey ores will be processed through a plant with an original design capacity of over 55,000 tonnes per day, processing closer to 60,000 tonnes per day, which far exceeds the initial expected throughput of Odyssey. The plant was designed for the larger open pit operations that will end later this decade, and while the Company will scale the plant to the level required for the underground operation, that plant capacity will always be there. The Company’s approach at its other mines has been to conduct extensive exploration which provides flexibility to maximize and increase throughput, and a similar approach will be taken with Odyssey, where delineation of extensions of underground mineralized zones and new zones of mineralization is already occurring. The extension of East Gouldie and discovery of Titan are examples of these underground exploration successes and opportunities. The Company’s efforts at East Amphi, Rand and Camflo also provide potential to add tonnage and production. The Camflo property, which was added to the Partnership in 2021, covers the past producing Camflo mine which had historical production of approximately 1.6 million ounces of gold. An initial evaluation of the Camflo property has identified porphyry and diorite hosted gold mineralization that could potentially be mined via an open pit. Additional studies are underway to initiate an aggressive exploration program in 2023. The Company firmly believes that in its 10-year outlook period, these efforts will lead to more mining areas that will allow the Company to take advantage of available plant capacity, resulting in ore processing that will exceed 20,000 tonnes per day, and sustainable production will then significantly exceed the initial production plan of 500,000 to 600,000 ounces per year.

Wasamac is a development-stage underground gold project located 15 kilometres west of Rouyn-Noranda in the prolific Abitibi-Témiscamingue region of the mining-friendly province of Quebec. The project is well located, adjacent to the Trans-Canada highway and 100 kilometres west of the Company’s Canadian Malartic mine. Three drill rigs continue to advance the infill drilling and exploration programs during 2022.

Exploration activities progressed as planned during the second quarter, with the focus continuing to be placed on infill drilling of the Wasamac resource, increasing confidence in the current resource model and converting inferred resources to indicated, as well as advancing geotechnical studies. To date in 2022, completed infill drilling consists of 29,753 metres in 47 drill holes. Results since mid-2021 continue to confirm or exceed expected grades and widths within the resource area, suggesting good opportunities to increase reserves within and adjacent the known mineralized envelope. Infill drilling highlights from the quarter include the following uncut, estimated true width intervals:

Exploration drilling completed in the second quarter included two step out drill holes totaling 1,020 metres in the Wildcat South target, testing the western extension from discovery drill hole WS-21-524, reported in the December 1, 2021 press release ‘Yamana Gold Announces The Discovery Of New Mineralized Zones At Wasamac And Provides An Update On Its Growth Projects’. Drill hole WS-21-524 intercepted two new mineralized zones, referred to as Wildcat South #1 and #2 zones, including an upper interval that returned 7.31 g/t of gold over an estimated true width of 3.37 metres, at a downhole depth of 402.93 metres. The new exploration holes cut both the Wildcat South #1 and #2 zones at approximately 120 metres along strike to the west of the previously reported interval, returning estimated true width intervals of 1.46 g/t of gold over 12.30 metres, including 1.23 metres grading 4.97 g/t of gold and 2.81 metres grading 2.01 g/t of gold in drill hole WS-22-580, and 24.50 g/t of gold over 0.67 metres in drill hole WS-21-578. These drill holes provide confirmation of the new mineralized plane, which remains open along strike and to depth. Further exploration drilling will assess and expand on this discovery.

Fieldwork at Francoeur was initiated during the second quarter, including geological mapping, surface sampling and target definition in preparation for exploration drilling, planned to begin during the third quarter of 2022.

Positive infill and exploration drilling results to date indicate the potential for a strategic mine life of 10 to 15 years at 200,000 to 250,000 ounces of gold per year, compared to the LOM average of 169,000 ounces in the feasibility study. The Wasamac deposit is not only open at depth and along strike but the underexplored secondary zones such as Wildcat are showing promising drilling results. Additional exploration targets on the property, including the adjacent Francoeur, Arntfield, and Lac Fortune properties, provide further upside.

As a result of the improved production profile in the updated strategic LOM plan, unit costs are expected to be lower than the feasibility study LOM average all-in sustaining costs(1) of $828 per ounce and, at the feasibility study gold price of US$1,550/oz, the net present value would approximately double assuming the strategic mine life is extended through 2036 at 9,000 tpd.

Other opportunities that continue to be evaluated but are not yet included in the strategic plan include the processing flow sheet optimization to increase metallurgical recoveries by approximately 3% (for which metallurgical testing is ongoing), optimized configuration of the tailings filter plant and paste backfill plant, and increased levels of electrification, automation and renewable energy usage in the project.

Yamana is a Canadian-based precious metals producer with significant gold and silver production, development stage properties, exploration properties, and land positions throughout the Americas, including Canada, Brazil, Chile and Argentina. Yamana plans to continue to build on this base through expansion and optimization initiatives at existing operating mines, development of new mines, the advancement of its exploration properties and, at times, by targeting other consolidation opportunities with a primary focus in the Americas.