The drill and geological crews are returning to GGX’s operations base in Greenwood, B.C. to resume drilling activity on the Gold Drop property. Drilling will resume next week initially at the C.O.D. North vein, where sample results obtained late last year ranged up to 21.7 grams per tonne gold over 0.4 metres (see GGX news release dated Nov 20, 2018). While the current program is being completed on the C.O.D. North vein, road and pad construction will be under way in preparation for drilling of the Stargate II anomaly. 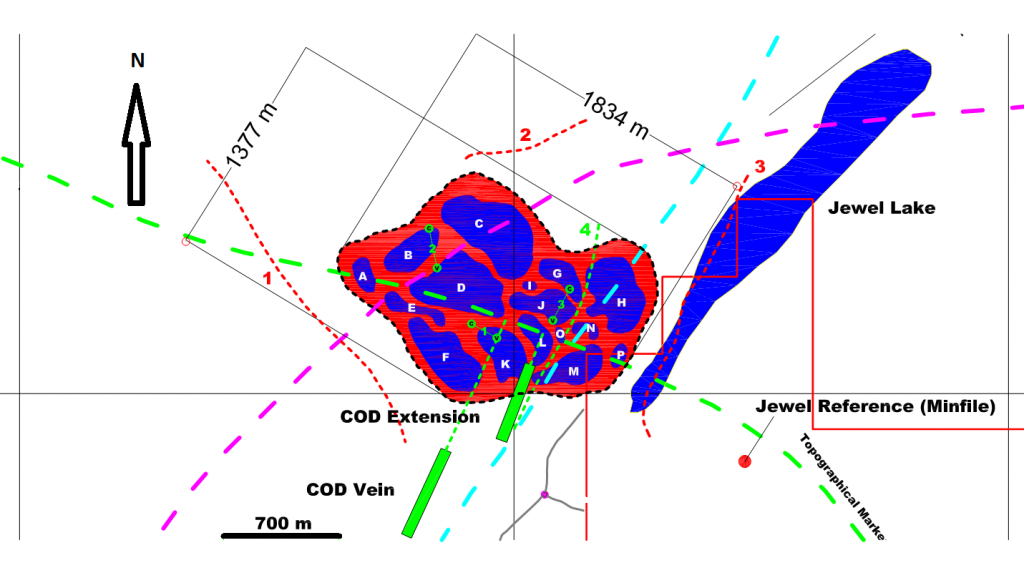 Drilling will then be directed to the area of a new-technology geophysical target identified by Stargate II, an enhanced, deep-penetrating ultra-sonic AMT (Audio-Magnetotellurics) geophysical survey conducted by Earth Science Services Corporation of Oshawa, Ontario (see GGX news release dated July 3, 2019). The new geophysical anomaly on the Gold Drop property is centered at the intersection of three interpreted major fault-conduit structural lineaments, two of which are coincident with known structures: C.O.D. vein system and a cross-fault. Geometrically, the anomaly measures 1834 by 1377 metres (see figure below) and is interpreted as a pipe-like structure that tops out at about 360 metres, requiring drilling to a depth of at least 400 metres and up to 764 metres. This will be the deepest depth ever to be drilled on the Gold Drop property. 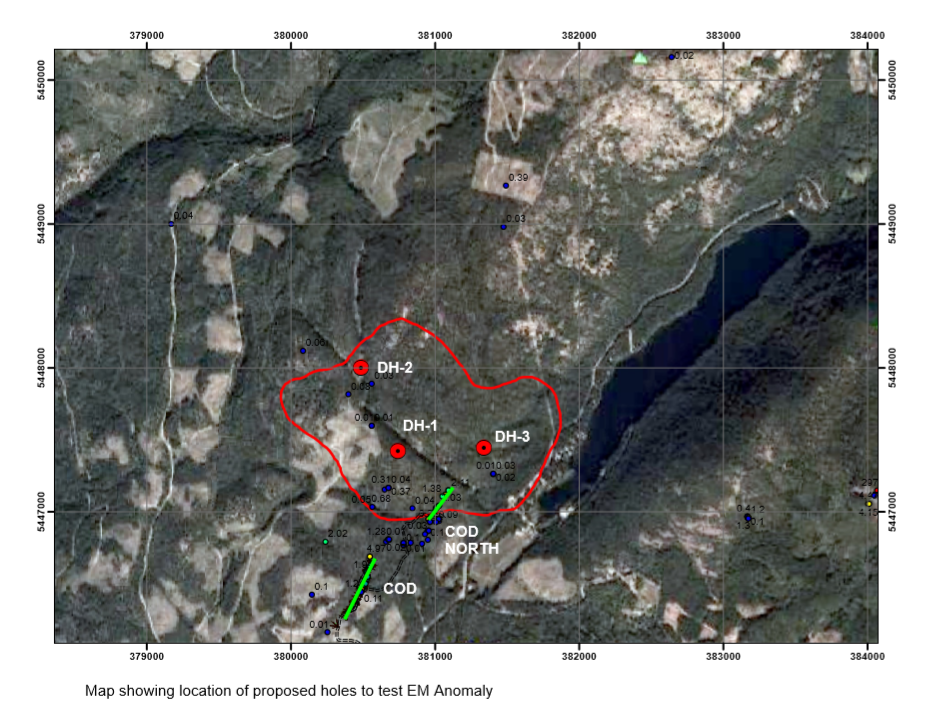 Drilling is expected to continue through this month on these and other targets. Assay results from GGX’s first round of this season’s drilling on the C.O.D. vein are also expected to be received this month.

Dr. Matt Ball, P.Geo., a Qualified Person as defined by National Instrument 43-101 and consultant to the Company, approved the technical information in this release.

The company has granted 1,000,000 stock options at an exercise price of $0.70 and 500,000 restricted share units to its directors, officers, employees and consultants. The options and RSUs are exercisable for five years and will be cancelled 30 days after cessation of acting as director, officer, employee or consultant of the company. The stock options and the RSUs are not transferable and will be subject to a four-month hold period from the date of grant and any applicable regulatory acceptance.

Ximen Mining Corp. owns 100 percent interest in all three of its precious metal projects located in southern BC. Ximen`s two Gold projects are The Gold Drop Project and The Brett Epithermal Gold Project. Ximen also owns the Treasure Mountain Silver Project adjacent to the past producing Huldra Silver Mine. Currently both the Gold Drop Project and the Treasure Mountain Silver Project are under option agreements. The option partners are making annual staged cash and stocks payments as well as funding the development of these projects.