Ximen Mining Corp. (TSX-V:XIM) (FRA:1XMA) (OTCQB:XXMMF) is pleased to provide the following update on its preparations for exploration activities this season in southern British Columbia. Since April we have been working on exploration plans for the various properties in our portfolio. Our land holdings currently consist of 146,398 acres in some of the most prolific Gold Camps in Southern BC. Management is particularly focused on defining drill targets on our projects within the various Gold Camps. The field season will begin in June and we anticipate initiating drilling activities immediately on the existing permitted areas, we see a very busy season ahead. 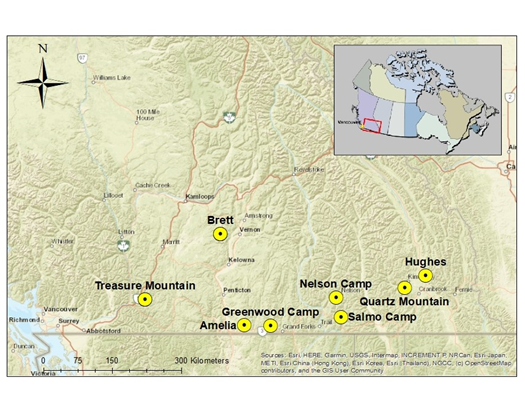 Further updates on drilling start dates and an update on the progress at the Kenville Gold mine and our activities there shall follow shortly.

Here is an overview of the various areas:

In the Nelson-Salmo area, compilation of historic exploration data was started for the properties acquired earlier this year. Targets for trenching and drilling are being identified from which one or more exploration permit applications will be made. The Company will target gold-silver veins and gold-copper skarn and porphyry-style mineralization.

In Greenwood, annual permit updates are underway as required before field work can start. Compilation of exploration information is being done for the Providence, Amelia Gold Mine and Bud-Elk properties to identify priority targets for exploration. Permit applications will be made for Amelia and Bud-Elk properties. Targets include gold veins, gold-copper skarns and porphyry-style mineralization and epithermal gold.

At the Brett epithermal gold project near Vernon, BC, the Company has been in correspondence with the Ministry of Mines to review and approve the proposed program. Work planned includes approximately 200 metres of underground drift along the Main Zone followed by underground diamond drilling. Compilation of exploration information, drill targeting and application for a new surface exploration permit will also be done. The Main and parallel zones will be targeted, as well as further exploration of large areas of hydrothermally altered rocks peripheral to the Main zone.

Near Tulameen, approved work for the Treasure Mountain Silver property includes trenching and drilling of gold, silver and copper-molybdenum targets. This work will be started later in the season after the snow has melted.

Two other properties located near Cranbrook, B.C. were included with one of the Nelson properties acquired this year. The Quartz Mountain property, south of Kimberley B.C. covers a gold-quartz vein system. The Hughes property, situated east of the Rocky Mountain trench and north of Cranbrook has potential for sed-ex massive sulphide deposits like the world class Sullivan deposit, silver-copper deposits and gold-copper stockworks. Work planned for these properties includes data compilation, field reconnaissance and permitting for trenching and drilling. 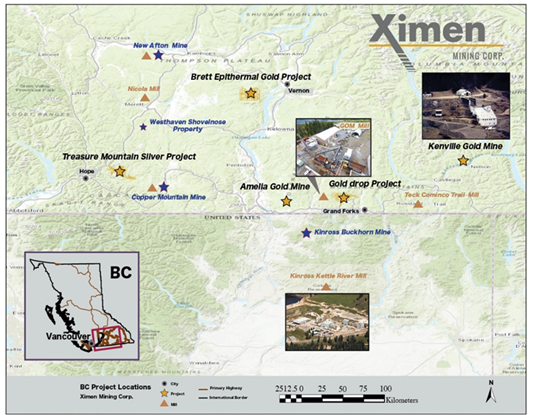