Ximen Mining Corp. (TSX-V:XIM) (FRA:1XMA) (OTCQB:XXMMF) is pleased to announce it will begin an comprehensive roadshow campaign across North America and Europe. The company will be meeting with analysts, institutional investors, fund managers, brokers and high net-worth individuals.

Ximen’s busy schedule for this fall begins with a shareholder awareness campaign in Toronto, Montreal and Quebec City in late September. In Montreal and Quebec, President and CEO, Christopher Anderson will be presenting at group sessions, with 40 to 60 qualified investors in attendance.

The Company will continue to get out and meet shareholders and potential investors at the Silver & Gold Summit in San Francisco, October 27th and 28th, 2019, which will also include a series of one on one meetings.

Additionally, Ximen has accepted an invitation to return to the International Precious Metals & Commodities Show, in Munich, Germany, November 8th and 9th, 2019. Following the show, the company will continue marketing to funds and prospective investors throughout Europe, including Zurich and Geneva. Ximen will be concluding its European tour in London at the Mines & Money show on November 25th to 27th, 2019.

For more information and to schedule a meeting with Ximen management, please contact Sophy Cesar at ir@ximenminingcorp.com. 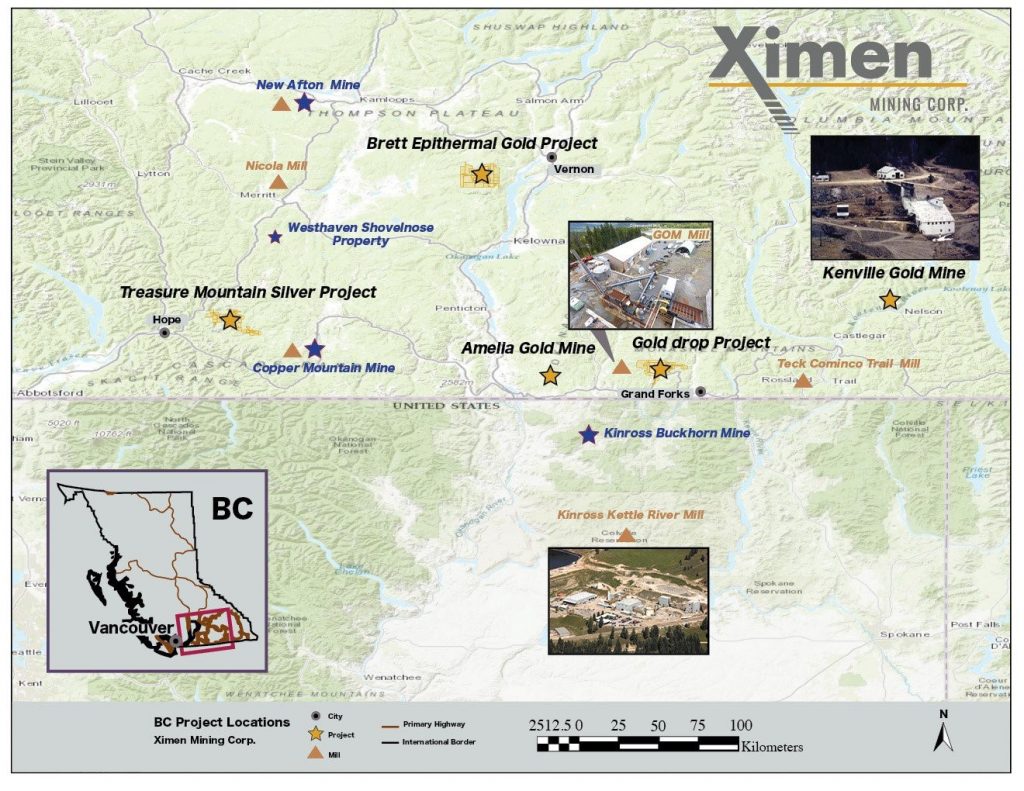