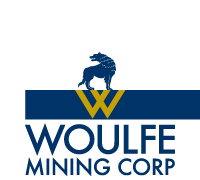 Woulfe Mining Corp. (TSX-V:WOF)  (FRANKFURT:OZ4) is pleased to announce that it has completed the $4.0 million non-brokered debenture financing announced on January 27, 2014. Dundee Corporation was the sole subscriber to the Offering. The Offering consisted of the issuance of $4.0 million in principal amount of convertible unsecured subordinated debentures. The Debentures bear interest at a rate of 12% per year, payable monthly in arrears. The Company retains the option to satisfy, all or a portion of its interest payment obligations by delivering to Dundee common shares of the Company at a price equal to equal to the market price of the Company’s common shares on the interest settlement date. The Debentures will mature and be repayable on December 31, 2016.

Each $1,000 principal amount of the Debentures is convertible at the option of Dundee into 7,692 common shares or 7,692 preferred shares of Woulfe, representing a conversion price of $0.13 per Share or Preferred Share as the case may be. Each $1,000 debenture also included 7,692 common share purchase warrants of the Company such that an aggregate of 30,769,231 Warrants were issued. Each Warrant entitles the holder thereof to acquire one Share at a price of $0.13 per Share until March 7, 2019.

All securities issued in connection with the Offering, including the Warrants and any Shares or Preferred Shares which may be issued upon conversion of the Debentures will be subject to a four month hold period expiring on July 8, 2014.

The Company paid Dundee Securities Ltd. an advisory fee of 3,076,923 units, representing 10% of the gross proceeds from the sale of the Debentures forming the Offering at a price of $0.13 per Unit. Each Unit comprises one common share and one share purchase warrant entitling the holder to acquire an additional common share at a price of $0.13 per share until March 7, 2019.

The Company intends to use the net proceeds of the Offering to commence the proposed $6 million work program on the Sangdong project as previously announced on October 28, 2013 and to fund the Company’s working capital deficit and budgeted general and administrative costs for 2014.

Additionally, the Company’s common shares were delisted from the TSX-V today and will commence trading on the CSE at market open on Tuesday, March 11, 2014 under the symbol “WOF”.

Woulfe Mining Corp., through its wholly-owned subsidiary, Sangdong Mining Corporation, is dedicated to developing the Sangdong tungsten-molybdenum mine which was historically one of the largest tungsten mines in the world and one of the few long life, high-grade tungsten deposits located outside of China.