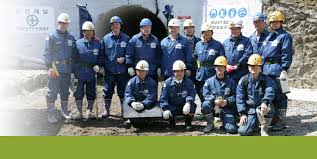 Woulfe Mining Corp. (CSE:WOF) (FRANKFURT:OZ4) announces that, further to its press release dated January 27, 2015, the board of directors of the Company has unanimously determined to terminate the letter agreement dated January 20, 2015 between the Company and Almonty Industries Inc. and the proposed merger transactions contemplated thereunder. The $150,000 bridge loan provided by Almonty will become due on April 30, 2015.

Woulfe also announces with regret that Mr. David Constable has resigned as a Director and as Chairman of the Board of Directors of the Company for health reasons. His presence will be missed and the Company wishes to acknowledge Mr. Constable’s immeasurable contributions and high moral standing that he brought to the Board of Woulfe.
About Woulfe Mining Corp.

Woulfe Mining Corp., through its wholly-owned subsidiary, Sangdong Mining Corporation, is dedicated to developing the Sangdong tungsten-molybdenum mine which was historically one of the largest tungsten mines in the world and one of the few long-life, high-grade tungsten deposits located outside of China. Woulfe Mining Corp. is listed on the Canadian Stock Exchange.