Worldwide Shipments of Smart Meters Are Expected to Peak at 116 Million Units Annually in 2023, According to Navigant Research Report

Worldwide Shipments of Smart Meters Are Expected to Peak at 116 Million Units Annually in 2023, According to Navigant Research Report 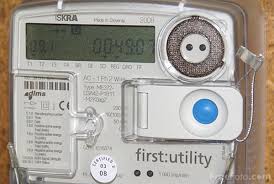 In North America, after 5 years of numerous U.S. smart meter deployments backed by federal stimulus money, the frenzy of new smart meter deployments is over, and the market has entered a steady growth pattern.  The focus of the smart electric meter market is now shifting to projects in various countries in Europe and Asia Pacific.  According to a new report from Navigant Research, worldwide smart meter shipments are expected to grow from 94 million annually in 2014 to 116 million in 2023.

“Growth in the smart meter market is shifting from the early adopter countries, particularly the United States, to countries that are still in the early stages of major deployments,” says Neil Strother, principal research analyst with Navigant Research.  “Now much of the focus is on Europe, where large projects that will account for some 93 million new meters by the end of 2020 are in the works. For example, Great Britain’s widespread rollout of smart meters is set to ramp up next year, and a similar multi-year deployment is expected to start in France.”

Even larger, according to the report, are the planned rollouts in Asia Pacific.  Chinese utilities continue to install millions of smart meters as part of a five-year plan to upgrade that country’s grid infrastructure that will result in a total of 300 million smart meters installed by 2015.  Major projects in Japan are expected to eventually account for some 80 million smart meters, while anticipated deployments in India should reach 150 million meters between 2017 and 2027.

The report, “Smart Meters,” examines the global market opportunity for smart electric meters, with a focus on four neighborhood area network (NAN) communications technologies: radio frequency (RF) mesh, RF point-to-point, RF public, and power line communications (PLC).  The report examines the drivers and barriers shaping the market, along with the major technology issues.  Global market forecasts for smart electric meter shipments and the associated revenue, broken out by region, meter type, and NAN technology, extend through 2023.  The report also provides key vendor profiles and a discussion of broad metering trends and activities worldwide.  An Executive Summary of the report is available for free download on the Navigant Research website.