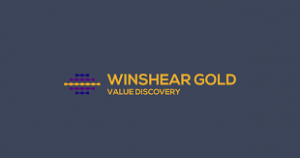 Winshear Gold Corp.  (TSX-V: WINS) reports that it has closed a non-brokered private placement of 11,000,000 Units at $0.12 per Unit for gross proceeds of $1,320,000. Each Unit comprises one common share and one half of one common share purchase warrant.  Each full warrant will allow the holder to purchase one common share of Winshear Gold at a price of $0.18 for a period of 24 months from the closing date of the financing. Cash commissions totalling $25,990 was paid on certain subscriptions. All securities issued as part of this private placement will be subject to a four month plus one day hold period which will expire December 13, 2020.

Proceeds from the financing will be used for exploration, corporate development and general working capital purposes. Winshear Gold is focused on advancing the Gaban Gold Project to a drilling programme in south eastern Peru.

This private placement contains related party transactions. These transactions are exempt from the valuation and shareholder exemption requirements of Multilateral Instrument 61-101 pursuant to, in addition to other sections, ss. 5.5(a) and 5.7(1)(a) respectively of that Instrument. A material change report was not filed prior to Closing of this placement due to the uncertainty of knowing, in advance, when and if final TSXV approval would be obtained, if material details related to the placement would change, and other material information.

ANY SECURITIES REFERRED TO HEREIN WILL NOT BE REGISTERED UNDER THE US. SECURITIES ACT OF 1933 (THE “1933 ACT”) AND MAY NOT BE OFFERED OR SOLD IN THE UNITED STATES OR TO A U.S. PERSON IN THE ABSENCE OF SUCH REGISTRATION OR AN EXEMPTION FROM THE REGISTRATION REQUIREMENTS OF THE 1933 ACT.

In 2019 Winshear Gold Corp. acquired the Gaban Gold Project in the Puno region, SE Peru and the Tinka IOCG project in the Ica district, southern Peru, from Palamina Corp. The Company, formerly Helio Resource Corp., has also commenced arbitration against the Tanzanian government to recover its investment in the SMP gold project in Tanzania.