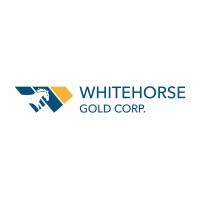 Whitehorse Gold’s CEO, Kevin Weston, commented, “We thank our current shareholders for their continued support and welcome new shareholders. As we prepare to initiate our 2021 exploration program at our Skukum Gold Project in southern Yukon, we are now well capitalized to undertake a significant drill campaign designed with the intention of expanding and upgrading our existing high-grade gold deposits on the project.”

The Company intends to use the net proceeds of the Offerings to support continued exploration of the Skukum Gold Project and for general corporate and working capital purposes. The Offerings remain subject to final approval of the TSXV.

The Shares of the Company comprising the Flow-Through Units were issued as “flow-through shares” with respect to “Canadian exploration expenses” within the meaning of the Income Tax Act (Canada).

A copy of Silvercorp’s early warning report will appear on Whitehorse Gold’s profile on SEDAR and may also be obtained by contacting Silvercorp at Suite 1750 – 1066 West Hastings Street, Vancouver, BC, V6E 3X1 or 1-604-669-9397.

As insiders of the Company (including Silvercorp) participated in the Offerings, such subscriptions will be considered to be related party transactions within the meaning of TSXV Policy 5.9 Protection of Minority Security Holders in Special Transactions which incorporates Multilateral Instrument 61-101 Protection of Minority Securityholders in Special Transactions (“MI 61-101”). The Company relied on the exemptions from the valuation and minority shareholder approval requirements of MI 61-101 contained in sections 5.5(a) and 5.7(a) of MI 61-101 in respect of such insider participation. The Company did not file a material change report containing all of the disclosure required by MI 61-101 more than 21 days before the expected closing date of the Offerings as the aforementioned insider participation had not been confirmed at that time and the Company wished to close the Offerings as expeditiously as possible.

Whitehorse Gold is a responsible mineral exploration and development company focused on its 170-square-km Skukum Gold Project located in southern Yukon, approximately 55 km southwest of Whitehorse. The project hosts the advanced-stage Skukum Creek and Goddell deposits, and the past producing Mt. Skukum high-grade gold mine, all of which remain open for expansion, plus additional untested mineralized occurrences. Project infrastructure includes an all-weather access road, a 50-person camp, approximately 6 km of underground development, and a previously operating 300-tpd mill and associated infrastructure. Operations by a previous operator at Mt. Skukum from 1986 to 1988 saw 233,400 tons of ore mined and processed to recover approximately 79,750 ounces of gold.