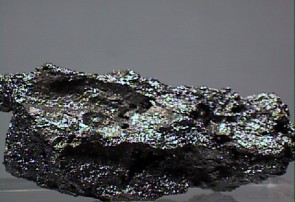 White Mountain Titanium Corporation (OTCQB: WMTM) is pleased to announce that it has received full environmental approval for its Cerro Blanco titanium project, located in Region 3, of northern Chile.

At a formal meeting held on Wednesday 20th May 2015 in Copiapo, Capital of the third Region, attended by representatives of State and Regional Government, the Chilean Environmental Authority, Ministry delegates, and White Mountain management, the definitive Environmental Impact Statement for the Cerro Blanco project was approved, signed and delivered to the Company.

Commenting on the approval, Michael Kurtanjek, President and Chief Operating Officer said, ‘The environmental approval of our Cerro Blanco Project marks an important milestone in the development of the project. This landmark will allow the project to gather momentum and advance to feasibility and subsequent production, with the knowledge and security that it has the support of both the Government and local communities who will benefit from this rutile mine.’

Kin Wong, Chairman and Chief Executive Officer, added, ‘This represents an enormous milestone for our Company, and comes as a result of over three years of diligent effort by our staff in Santiago. Our EIS was filed in February 2013 with over 3,000 pages of information, the result of years of studies and data collected on many different environmental themes. The approval by the governmental authorities in Chile comes after our staff responded to many questions and comments, and all prospective issues and concerns were resolved. With the EIS approval now in hand, we plan to move aggressively to finalize our final feasibility and to secure a major partner to fast track the development of our Cerro Blanco Project.

The Company holds mining concessions on the Cerro Blanco property currently consisting of 41 registered mining exploitation concessions and 34 mining exploration concessions in the process of being constituted, over approximately 17,041 hectares located approximately 39 kilometres west of the City of Vallenar in the Atacama, or Region III, geographic region of northern Chile. The Company’s principal objectives are to advance the Cerro Blanco project towards a bankable engineering study and secure funding or other arrangements to place the project into production, if ultimately warranted. It would be the intention to sell the rutile concentrate to titanium metal and pigment producers. Work also continues to investigate the commercial viability of producing a feldspar co-product. The feldspar could find applications in the glass and ceramics industries.