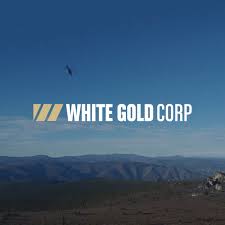 White Gold Corp. (TSX-V:WGO) is pleased to announce final reverse circulation drill results for the White Gold Property, Yukon from its 2017 exploration program. This final batch includes 2 holes from the historical Golden Saddle deposit(4), 6 holes from the historical Arc deposit (4) as well as 5 holes from newly defined exploration targets. These new targets were primarily defined through a recently completed airborne geophysical survey that included magnetic and electromagnetic data. All drill assays from the White Gold Property have now been released and the Company is in the process of compiling the relevant databases for independent review and calculation of an updated National Instrument 43-101 mineral resource estimate. The Company expects to have a resource estimate ready for release in Q1 2018. Detailed maps related to the drilling and additional information can be found at http://whitegoldcorp.ca/investors/exploration-highlights/.

“Since acquiring the White Gold Property in June 2017, we have successfully completed an aggressive exploration program on the property, comprised of 4 diamond drill holes, 31 reverse circulation holes, 1,224 line-km of airborne DIGHEM surveys, 17.2 line-km of IP-Resistivity surveys, 2,913 soil samples, 195 GT probe samples and detailed geologic mapping,” commented Shawn Ryan, the Company’s Chief Technical Advisor. “This season’s work supports the potential to expand both the Golden Saddle and Arc resources and also highlights the opportunity for new discoveries on the White Gold Property. We look forward to the completion of an updated NI 43-101 resource estimate in Q1 2018, and to an extensive program during the 2018 field season.”

Gold zones were encountered in all 6 drill holes, returning assays from trace to 17.8 g/t Au, with results consistent with historic assays. Highlights include hole WHTARC17RC-005 which returned 7.62m of 3.95 g/t Au from 62.48m depth, including 1.52m of 17.8 g/t Au from 62.48m depth. The intercept was a 60m down-dip step-out of historic hole WD-073(2) and infilled a 150m gap in the central portion of the historic resource area. Results also supported the potential for subparallel zones of mineralization below the historic resource area. (A qualified person has not done sufficient work to classify the historical estimates as current mineral resources or mineral reserves and the Company is not treating the historical estimate as current mineral resources.) Significant results are detailed in the table below.

The Ulli’s target is located on trend approximately 2.2km SW of the Golden Saddle and consists of an extensive gold in soil anomaly approximately 860m long and 220m wide with values ranging from trace up to 1,117 ppb Au. Trenching completed on the target by Kinross Gold Corp. in 2012 returned 0.681 g/t Au over 55m from WGUR12TR01, and its extension WGUR12TR03; including 1.38 g/t Au over 20m(2). These results are comparable to the trenching completed by Underworld Resources Inc. in 2007 on the Golden Saddle deposit which returned a 38m wide zone of mineralization averaging 1.12g/t Au, including 4.7g/t Au over 5m and a minimum grade of 0.1g/t Au over 0.3m(2). Mineralization within the trenches are associated with fractured and brecciated quartzite, quartz veining, and fine-grained sulfide mineralization and the target has not been previously drill tested. The 2017 drill campaign consisted of 3 reconnaissance RC holes that encountered numerous intervals of anomalous mineralization with individual assays varying from trace to 9.7 g/t Au over 1.52m (starting at 97.54m) from hole WHTULR17RC-002, ending in mineralization. These results were very encouraging and warrant follow-up in 2018. Significant results are detailed in the table below.

The newly identified GS East target is located 600m to the NE and on strike with the Golden Saddle deposit. The target was generated through 3D modeling of IP-Resistivity sections and airborne DIGHEM data over the Golden Saddle area. At Golden Saddle, gold mineralization is associated with distinct resistivity and chargeability features that are interpreted to be related to the broader alteration halo of the system. The GS East target has a similar geophysical signature and is associated with anomalous gold in soils at surface. The target area was identified during the 2017 field season and was not tested by historic drill campaigns on the property. 2 RC drill holes were attempted late in the 2017 season, however, weather and ground conditions led to both holes being terminated prior to target depth without intersecting mineralization. The target will be properly drill tested and evaluated in 2018.

The Company encourages individuals interested in the Company to visit its website (www.whitegoldcorp.ca) to further understand the size and scope of the Company’s projects in the White Gold District.

Jodie Gibson, PGeo, VP, Exploration of the Company is a “qualified person” as defined under National Instrument 43-101 – Standards of Disclosure for Mineral Projects (“NI 43-101”), and has reviewed and approved the content of this news release. Potential quantity and grade is conceptual in nature. There has been insufficient exploration to define a mineral resource on any of the Company’s properties to date, and it is uncertain if further exploration will result in any such target being delineated as a mineral resource.

The reported work was completed using industry standard procedures, including a quality assurance/quality control program consisting of the insertion of certified standards, blanks, and field duplicates into the sample stream. The qualified person detected no significant QA/QC issues during review of the data.

The Company owns a portfolio of 19,438 quartz claims across 30 properties covering over 390,000 hectares representing approximately 40% of the Yukon’s White Gold district. Preliminary exploration work has produced several prospective targets. The claim packages are bordered by sizable gold discoveries including the Coffee project owned by Goldcorp Inc., Western Copper and Gold Corporation’s Casino project, and the Golden Saddle and Arc deposits acquired by the Company in June 2017 from Kinross Gold Corp. The Company has outlined an aggressive exploration plan to further explore its properties.