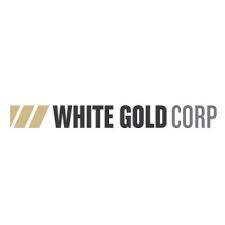 Images to accompany this news release can be found at

“We are very pleased with the results of our 2019 RC drill program on the recently acquired VG Deposit. The program further expanded the footprint of the deposit, which continues to remain open along strike and at depth and refined the geologic model for continued follow up work. Furthermore, the mineralization, alteration, geochemistry and structural controls of the VG are remarkably similar to our flagship Golden Saddle deposit just 10km to the south,” stated David D’Onofrio, Chief Executive Officer. “This property has seen very limited exploration to date and we are confident that our team is well positioned to maximize the value of the VG deposit and the several other highly prospective and untested new targets on the property through leveraging our innovative data driven exploration methodologies.”

The historic Inferred Mineral Resource estimate for the VG deposit is 230,000 ounces of gold (4,390,000 tonnes at an average gold grade of 1.65 g/t), as of June 3rd, 2014. The Mineral Resource estimate was prepared for Comstock Metals Ltd. by Lions Gate Geological Consulting Inc. and reported in its press release dated July 8th, 2014, and is based on Comstock data (including collar, survey, lithology and assay data), using the Inverse Distance Squared (ID2) method with appropriate estimation parameters in accordance with industry standards. The estimate needs to be verified by the Company by conducting detailed data and QA/QC validation, including location, geological, density and assay data. More recent drilling data will be incorporated into a future resource update. A qualified person for the Company has not done sufficient work to classify the historical estimate at QV as current Mineral Resources, therefore the Company is not treating the historical estimate as current Mineral Resources and the historical resource should not be relied upon.

A total of 870.2m of RC drilling over 8 holes was completed on the VG Zone. The holes were designed to step-out on the deposit along strike to the NE and SW, evaluate gaps in the historic resource model, and twin historic diamond holes for QA/QC purposes. Individual assay results for the 2019 program ranged from trace to 11.9 g/t Au with additional detail provided below.

The results from 2019 activities, in addition to the 2017 historic drilling performed after the historic resource calculation was completed, prove that the VG deposit is open along strike to the NE, continues to be open at depth, and has great potential to expand and upgrade the current resource area with future activity. The QV also hosts several highly prospective new targets which remain underexplored further adding to the property’s potential for new discoveries.

The mineralization on the VG deposit is hosted along a NE trending, gently south dipping structural zone that has been traced for over 700m at surface and consists of disseminated to vein-controlled pyrite with brecciation, stockwork quartz-carbonate veining, and sericite alteration.

A summary of significant assay results is presented in Table 1 and a description of the holes is below.

QVVGRC19-002 is a 110m step-out to the northeast of the VG deposit and returned 7.62m of 4.03 g/t Au from 86.87m depth; including 3.04m of 7.80 g/t Au from 89.92m depth. This intercept occurs within a broader envelope of anomalous mineralization (>0.1 g/t Au) and the overall interval averages 1.09 g/t Au over 33.54m from 65.53m depth. The intercept confirms mineralization on the VG continues along strike to the NE of the historic resource area and is still open along strike and down dip.

QVVGRC19-004 is located 135m W-NW of QVVGRC19-002 and outside the historic resource pit. The hole was terminated prior to target depth due to poor ground conditions.

Individual assays for the reported results ranged from trace to 11.9 g/t Au. The most significant results for drilling on QV included in this release are summarized in the table below. True thickness is estimated to be between 90 – 95% of the reported intercepts:

The 2019 drilling program successfully confirmed historic results, continuity of mineralization and extended the current deposit limits. The VG deposit remains open in both directions along strike and downdip.

Historical work on the VG Deposit

The QV property covers 16,335 hectares (40,000 acres) and is 10km north of the Company’s White Gold property which hosts its Golden Saddle & Arc deposits, 20 km southwest of the Company’s Vertigo discovery on its JP Ross property, and 44 kilometres northwest of Newmont Goldcorp’s Coffee project. At least 3 other high priority targets are currently recognized on the property including the Stewart, Tetra, and Shadow zones. Additionally, large portions of the QV property are historically underexplored and are open for potential new gold discoveries. Strong geological similarities have been noted between the QV property and the Company’s adjacent White Gold and JP Ross properties.

In 2019, airborne LiDAR was completed over the southern portion of the property and a total of 1,466 soil samples were collected over two grids on the QV property. The most significant results were from a previously unsampled area in the central portion of the QV property and included samples ranging from trace to 106.2 ppb Au. This includes expansion of the Tetra zone approximately 500m to the west, and the Tetra target now covers a 1,500m x 600m area and is associated with an E-W trending magnetic low interpreted as a potentially mineralized structure.

Follow up work on the Tetra and other targets across the QV property will be a priority for future exploration campaigns. Further detail on the high priority targets is outlined below.

Stewart Target: Located 5km N-NW of the VG and consists of a 1.5km, E-W, trending gold in soil anomaly, with values from trace to 274.1 ppb Au and anomalous Bi-Ag-Te-Mo. The target occurs adjacent to a Jurassic intrusive that may be associated with mineralization in the area.

Tetra Target: Located 8km N of the VG and consists of a 1.5km, E-W, trending gold in soil anomaly, with values from trace to 151.5 ppb Au. The target occurs along an interpreted E-W oriented fault based on magnetic data for the area and is open and unexplored to the west.

Shadow Target: Located 12 km north of the VG zone and consists of multiple gold in soil anomalies, ranging from trace to 514ppb Au and up to 2.7km long, associated with a series of NW and ENE trending structures. Strongly anomalous Ag-Pb-Bi+/-As+/-Mo also occur in the area, and the overall geochemical and structural setting is similar to the Company’s Vertigo discovery 23km to the east.

The reported work was completed using industry standard procedures, including a quality assurance/quality control (“QA/QC”) program consisting of the insertion of certified standard, blanks and duplicates into the sample stream.

The Company owns a portfolio of 22,040 quartz claims across 35 properties covering over 439,000 hectares representing over 40% of the Yukon’s White Gold District. The Company’s flagship White Gold property has a mineral resource of 1,039,600 ounces Indicated at 2.26 g/t Au and 508,700 ounces Inferred at 1.48 g/t Au. Mineralization on the Golden Saddle and Arc is also known to extend beyond the limits of the current resource estimate. Regional exploration work has also produced several other prospective targets on the Company’s claim packages which border sizable gold discoveries including the Coffee project owned by Newmont Goldcorp Corporation with a M&I gold resource(2) of 3.4M oz and Western Copper and Gold Corporation’s Casino project which has P&P gold reserves(2) of 8.9M oz Au and 4.5B lb Cu.