What A U.S. Infrastructure / Transportation Initiative Could Mean to Critical Minerals Producers

What A U.S. Infrastructure / Transportation Initiative Could Mean to Critical Minerals Producers

As U.S. political leaders continue to work on bipartisan strategies that can re-start the U.S. economy once the COVID-19 pandemic begins to subside, one initiative is likely to gain traction among both Democrats and Republicans:  a multi-trillion-dollar infrastructure/transportation program.

Most elements of America’s infrastructure – roads, bridges, tunnels, airports – are badly in need of repair.  According to the American Society of Civil Engineers’ “2017 Infrastructure Report Card,” almost four in 10 of the 614,387 bridges in the U.S. are 50 years or older.  Most are designed for a 50-year lifespan, so the urgency for action is high.  Moreover, a total of 56,007 bridges — 9.1% — are judged to be structurally deficient, even though 188 million trips are made each day, on average, across these structurally deficient structures.

If this initiative is enacted, it could create a major, long-term demand boom for the critical minerals needed by infrastructure and advanced transportation systems. 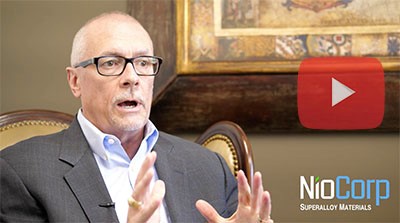 Chief among these are the critical metals niobium, scandium, and titanium, all three of which NioCorp intends to produce in southeast Nebraska at our Elk Creek Superalloy Materials Project once we are able to secure project financing necessary to move the Project to construction and operation.

The legislation that Congress is starting to develop may also include financial and other incentives to maximize the use of lighter-weight and more corrosion-resistant materials for roads, bridges, and other infrastructure projects.  These include High-Strength, Low-Alloy (“HSLA”) steel made with niobium, and high-strength aluminum-scandium alloys.

Why would Congress encourage greater use of these materials?  Because both Republicans and Democrats want to see the U.S. national infrastructure re-built with materials that provide taxpayers with a better bang for the buck.  According to a study by the U.S. Federal Highway Administration, bridges that use high-performance steels, such as those with niobium added, were found to deliver longer life spans, a lifetime cost savings of up to 18 percent, and weight reduction of up to 28 percent over traditional bridge design materials.

Reducing lifecycle costs in infrastructure is not the only goal that will be sought by policymakers.  They will want to see infrastructure and transportation systems be more environmentally responsible.

That is precisely what critical minerals like niobium and scandium deliver.

For example, because of the enhanced strength of high-performance steels with niobium, fewer materials of construction are used in infrastructure, and that reduces environmental impacts up and down the supply chain. 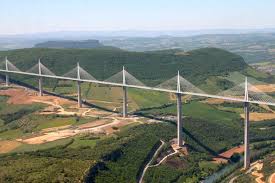 For example, the Millau Viaduct in the south of France, the world’s tallest bridge structure, was built with niobium-enhanced HSLA steel.  Niobium strengthened the steel so much that it allowed for an engineering design for the bridge that required 60 percent less steel and concrete than normally would have been used.  That greatly reduced the project’s environmental impacts.

Transportation Advances Will Also Be Driven by Critical Minerals

For example, cars, trucks and buses made with niobium-enhanced steel deliver improved fuel economy and fewer harmful emissions.  They also are stronger, which improves safety for drivers and passengers.

Aluminum-scandium alloys are expected to play a significant role in transportation as well.  Scandium does for aluminum what niobium does for steel.  It gives superplasticity to aluminum alloys, which allows them to survive higher strain and bending forces.  It also allows aluminum alloys to be reliably welded.  Those are crucial engineering requirements for both surface and air transportation applications.

For example, it is estimated that aluminum-scandium alloys promise to reduce the mass of a narrow-body jetliner by up to 20 percent.  Assuming the jet is a B737NG flying 3,000-4,000 hours per year, and assuming today’s relatively low jet fuel price of $1.50 per gallon, that could mean about $1 million – $1.5 million of scandium in a single airliner offers $10 million of net present value fuel savings.  The reduced weight of the plane also would result in significantly fewer air emissions per mile flown. 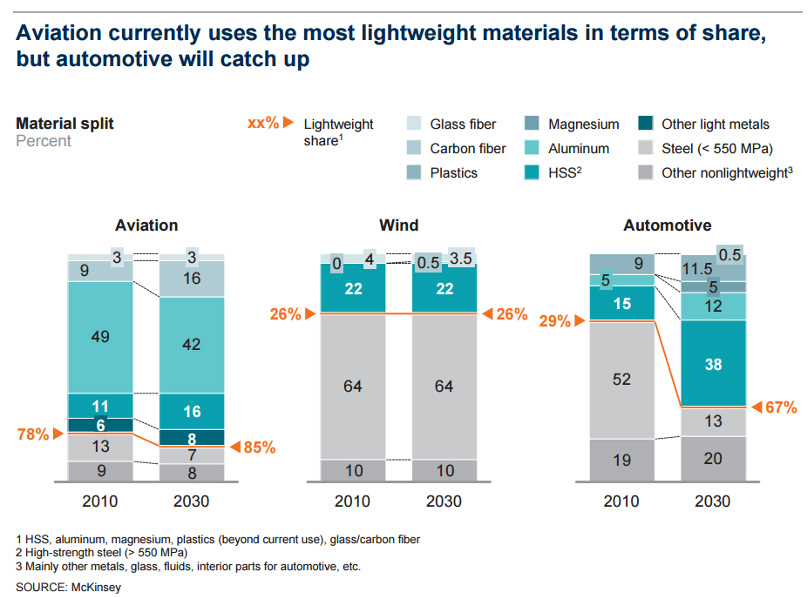 A multi-trillion-dollar infrastructure package now has some serious and bipartisan momentum behind it.  We very much look forward to seeing such an infrastructure initiative become reality.