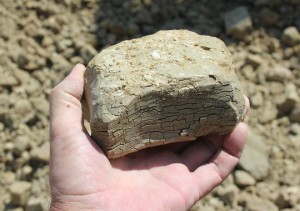 Western Lithium USA Corporation (TSX:WLC) (OTCQX:WLCDF) is pleased to announce that it has entered into a convertible security funding agreement with an entity managed by The Lind Partners, a New York based asset management firm. An initial US$2.8 million will be funded pursuant to the issuance of an initial convertible security which is expected to occur by May 4, 2015. Lind can increase the funding under that Convertible Security by an additional US$600,000 during its two year term. The agreement also provides for the issuance of a second Convertible Security on mutual agreement of the Company and Lind, in which Lind would fund another US$2.8 million (that can also be increased by US$600,000).

Western Lithium’s CEO, Jay Chmelauskas, said “We have a good opportunity to work with The Lind Partners to secure funding while the Company continues to advance discussions with potential strategic partners to develop our lithium project in Nevada. In addition, the funding will support product sales from our new Hectatone(TM) facility in Nevada.”

Jeff Easton, Founder and a Managing Partner of The Lind Partners commented “We have been following the progress of Western Lithium for several years and we are pleased to become stakeholders at a time when crucial inflection points can be achieved, along with a significantly improved outlook for the lithium sector.”

Each Convertible Security has a two year term from the date of issue and will incur a simple interest rate obligation of 10% on the amount funded that is prepaid and attributed to its face value upon the issuance of each Convertible Security. The Company has also agreed to pay a fee of US$140,000 for each of the First Tranche and Second Tranche (if any) that is also attributed to the face value of the Convertible Security upon issue. Lind will be entitled to convert the Convertible Securities in monthly installments over the term. Conversion will be at the higher of (a) 85% of the five day trailing VWAP of the common shares prior to the date of conversion and (b) the five day trailing VWAP of the Shares prior to the date of conversion, less the maximum discount allowable in accordance with TSX rules; however, any Shares acquired upon conversion will not be tradable through the TSX until completion of a four-month hold period. Lind will also be entitled to accelerate its conversion right to the full amount of the face value or demand repayment of the face value in cash upon a default and other designated events. To the extent that the full face value has not been converted at maturity the balance of the face value is to be paid in cash at the end of the two year term.

The Company has agreed to grant security over the Company’s Nevada Hectatone(TM) plant and equipment. In addition, finder’s fees of US$70,000 will be paid in connection with this transaction.

Western Lithium is pursuing the opportunity to be a supplier of specialty drilling additive, Hectatone(TM) and potentially other organoclays for the oil and gas industry, and in particular, to support the growth of high pressure high temperature, deep directional drilling applications. The Company is also developing its Kings Valley, Nevada lithium deposit into a strategic, scalable and reliable source of high quality lithium carbonate. The Company is positioning itself as a major U.S.-based supplier to support the rising global demand for lithium that is expected from the increased use of hybrid/electric vehicles.

About The Lind Partners

The Lind Partners is a New York-based asset management firm that manages several institutional investment funds focused on small- and mid-cap companies publicly traded in Australia, the United Kingdom and Canada in mining, oil & gas, biotech, technology and clean-tech. Lind utilizes a multi-strategy investment approach: direct investments of new capital (equity, debt and hybrid); participation in syndicated placements; and selective stock trades on the open market. Since 2009, our team has completed over 50 direct investments totaling over $500 million in transaction value.