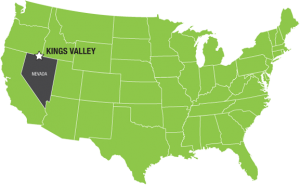 Western Lithium USA Corporation (TSX:WLC) (OTCQX:WLCDF) is pleased to announce that it has, today, closed the previously-announced bought deal offering with Dundee Securities Ltd., on behalf of a syndicate including Haywood Securities Inc. with RK Equity Capital Markets LLC acting as a U.S. Placement Agent. The offering consisted of 15,870,000 units of the Company at a price of CDN$0.58 per Unit for aggregate gross proceeds of CDN$9,204,600 which includes those Units issued on the exercise in full by the Underwriters of their over-allotment option.

The Company’s current cash balance is approximately CDN$16.6 million after giving effect to the net proceeds of the Offering of approximately CDN$8.4 million. The Company intends to use the funds available to it for the completion of the organoclay manufacturing plant in Nevada, which is scheduled for commissioning in the fall of 2014, the procurement of the equipment and operation of the Lithium Demonstration Plant in Germany in the fourth quarter of 2014 and for working capital and general corporate purposes.

Western Lithium is pursuing the opportunity to be a supplier of specialty drilling additive, HECTATONE(TM) and potentially other organoclays for the oil and gas industry, and in particular, to support the growth of high pressure high temperature, deep directional drilling applications. The Company is also developing its Kings Valley, Nevada lithium deposit into a strategic, scalable and reliable source of high quality lithium carbonate. The Company is positioning itself as a major U.S.-based supplier to support the rising global demand for lithium carbonate that is expected from the increased use of hybrid/plug-in and electric vehicles.