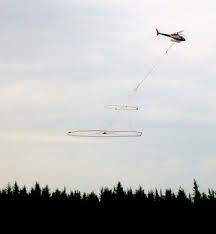 Skyharbour Resources Ltd. (TSX-V:SYH) (OTC Grey:SYHBF) is pleased to announce that the Western Athabasca Syndicate has commenced its inaugural diamond-drilling program on its flagship Preston Uranium Property in the southwest Athabasca Basin. Three initial target areas, out of a growing target base currently standing at fifteen, were selected by the Syndicate’s Technical Committee for immediate drilling based on encouraging fieldwork results and coincident anomalies from ground gravity, airborne and ground EM and magnetics (graphitic conductors and structures), radon, soil, biogeochem, lake sediment, and geological mapping surveys. This drill campaign represents the first modern-day drill exploration program on the Preston Uranium Property.

Approximately 2,000 metres of drilling by way of 10 to 15 holes with depths of 100 – 250 metres is expected to be completed at the Swoosh, CHA and Fin South areas during the current campaign. Based on regional data compilation, depth to the top of the target zone (top of basement rock) is expected to be relatively shallow, ranging from 25 metres to 75 metres across the three initial target areas.

The majority of the work in this drill campaign will be focused on the Swoosh target where five separate drill pads will test a combination of EM conductors, complex structures, gravity lows, anomalous geochemistry and elevated radon values. This target is a high-priority area given the coincident geological, magnetic, EM, gravity and radon anomalies that are evidence of strong fluid interaction and potential uranium mineralization as seen at other recent discoveries in the region.

In addition to the Swoosh target area, the CHA and Fin South drill targets also represent high-potential exploration prospects given the presence of coincident anomalies and indicators similar to those seen at the Swoosh target and at other discovery areas in the Athabasca Basin. Preliminary drilling at both these two target areas is incorporated into the current design of the drill program. Management cautions, mineralization present on proximal properties is not necessarily indicative of mineralization on the Syndicate’s Property.

Jordan Trimble, President and CEO of Skyharbour Resources, states: “The commencement of our first diamond drill program at Preston is a key milestone for Skyharbour and the Syndicate. The findings from the extensive fieldwork carried out to date have greatly exceeded our expectations and have vectored in on fifteen high-priority areas with similar geological features and exploratory indicators as those at the nearby PLS and NexGen discoveries. The three targets we are initially drill testing provide strong discovery potential as we continue to value-add the project using a systemic and proven exploration methodology.”

The 246,643 hectare Preston Uranium Property is the largest individual property proximal to Fission Uranium Corp.’s Patterson Lake South (“PLS”) high-grade uranium discovery and the recent discovery made by NexGen Energy on the Rook 1 Project (see NexGen’s news release dated Feb. 19, 2014). The Syndicate is the largest land tenure holder in the southwest Athabasca Basin region including properties strategically situated to the southwest and to the northeast of the PLS and NexGen discoveries.

Over $2 million dollars in exploration has been carried out to date by the Syndicate on the Preston property and many priority targets remain for further follow up with both fieldwork and drill testing. The Syndicate continues to employ a systematic, proven exploration methodology that has led to numerous uranium discoveries in the region and throughout the Athabasca Basin. This has been very effective in identifying numerous high-quality targets at Preston with similar geological features and exploratory indicators as those at the nearby PLS and NexGen discoveries as well as other deposits in the Athabasca Basin.

The Athabasca Basin of Saskatchewan hosts the world’s largest and richest high-grade uranium deposits which have grades substantially higher than the world average grade of about 0.1% U3O8. The Patterson Lake area has received escalating exploration attention and claim acquisition activity as a result of the new, near surface discoveries made by Fission which includes the recently reported drill interval of 38.49% U3O8 over 10.5 metres in drill hole PLS14-129. Consistent high-grade, near surface U3O8 assays from Fission demonstrate the potential for high-grade uranium mineralization on the geologically prospective yet underexplored margins of the western side of the Athabasca Basin.

Skyharbour Resources Ltd. is a uranium exploration company and a member of the Western Athabasca Syndicate which controls a large, geologically prospective land package consisting of five properties (287,130 hectares or 709,513 acres) in the Athabasca Basin of Saskatchewan. $6,000,000 in combined exploration expenditures over the next two years is planned on these properties, $5,000,000 of which is being funded by the three partner companies. Skyharbour also owns a 60% interest in the Mann Lake Uranium project on the east side of the Basin strategically located 25 km southwest of Cameco’s McArthur River Mine. The Company has 44.8 million shares outstanding with insiders owning over 25% of the outstanding shares. Skyharbour’s goal is to maximize shareholder value through new mineral discoveries, committed long-term partnerships, and the advancement of exploration projects in geopolitically favourable jurisdictions.