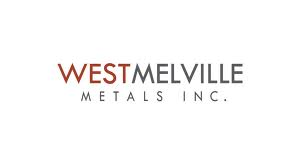 West Melville Metals Inc. (TSX VENTURE:WMM) has signed an option agreement with Quirina Vasquez Vargas that secures an exclusive option for West Melville to acquire 100% ownership of the Alex Copper Property in Sonora, Mexico. Under the terms of the agreement, West Melville has until May 31, 2014 to conduct due diligence following which it can secure a 100% interest in the property by paying USD$25,000 and issuing 250,000 shares in the capital stock of the Company to the Vendor. The Vendor will retain a 2% Gross Royalty on the Property, subject to West Melville’s right to purchase 1% of the Royalty at any time for USD$1 million.

“The Alex Property is an early stage project with intriguing potential that represents an exciting low cost opportunity for West Melville,” stated Dr. Rory Moore, President and CEO of West Melville Metals. “Evidence of copper mineralization covering an area of at least 1,200 x 800 metres has been identified by outcrop and shallow pit sampling, with assays ranging up to 14% copper reported. The region of southern Arizona and northern Mexico is well known for the occurrence of large porphyry copper deposits, a number of which have been developed into world-class copper mines. In the context of the regional geological setting, the identification of potentially significant copper mineralization on the Alex Property makes this a compelling exploration target for West Melville. A due diligence site visit will be undertaken by management in the coming weeks.”

The Alex Property is a copper-silver exploration project covering 1,000 hectares located in the foothills of the Sierra Madre about 140 kilometers east of Hermosillo in Sonora, Mexico. This falls within the southern extent of the prolific Laramide porphyry copper belt that spans southern Arizona and New Mexico and the northern part of Sonora, Mexico. The Property was first discovered in the early 1950’s when a local rancher uncovered copper mineralization while digging holes for fence posts. The Property was introduced to the current owner (a family headed by a retired geologist) in the early eighties but was only successfully located in the field in 2006. Limited geological investigations conducted between 2006 and 2009 identified evidence of porphyry or IOCG copper mineralization over an area of at least 1,200 x 800 m with mineralization occurring in quartz veins, open stockworks and breccias. Copper-bearing minerals include chalcocite, chalcopyrite and cuprite. No modern exploration and/or drilling have ever been undertaken on the property. Access is by 4×4 vehicle, and a permanent water source is located 12 kilometres from the Property.

Following on the News Release of November 18, 2013 reporting that the Company had secured 100% ownership in the Isortoq iron-titanium-vanadium project in southern Greenland, applications have now been filed with the Bureau of Minerals and Petroleum in Greenland to transfer title for the Isortoq exploration licences to West Melville. An initial inferred mineral resource estimate of 70.3 million tonnes grading 29.6% total iron (Fe), 10.9% titanium oxide (TiO2) and 0.144% vanadium pentoxide (V2O5) has been defined on the property. It is significant to note that the initial resource represents drilling on less than one kilometre of the Isortoq body while evidence from previous drilling and the 2012 ground magnetic survey has demonstrated a strike length exceeding 16.3 kilometres. The Company is continuing its efforts to attract a joint venture partner to assist with advancing the project.

Disclosure of a scientific or technical nature contained in this release has been reviewed and approved by Bruce Counts, P.Geoph., (Director of West Melville), who is the Qualified Person for the purposes of National Instrument 43-101.

West Melville is an exploration company focused on identifying low cost opportunities that offer high potential to build shareholder value. It has an experienced management team with a track record of discovery success and a Board of Directors with expertise covering the essential fields of geology, engineering and finance. The Company owns the Isortoq iron-titanium-vanadium project in Greenland and has an option to earn a 70% interest in the Fraser Bay iron ore project in Nunavut.