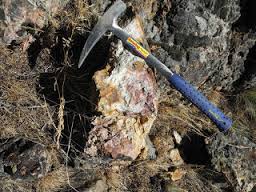 West Kirkland Mining Inc. (TSX-V:WKM) announces that it has closed the fully marketed prospectus offering of units of the Company as well as the first tranche of the non-brokered private placement offering of Units under substantially similar terms as the Prospectus Offering. Pursuant to the Offerings, the Company issued 194,907,833 Units at a price of $0.15 per Unit for aggregate gross proceeds of C$29,236,175, including the partial exercise of the Over-Allotment Option. Each Unit in the Offerings consists of one common share of the Company and one common share purchase warrant with each Warrant exercisable for one common share at a price of $0.30 at any time prior to 5:00 pm on April 17, 2019.

The Company intends to use the net proceeds of the Offerings to fund the acquisition payment of US$19.5 million to Allied Nevada Gold Corp. in connection with the acquisition of a 75% interest in the Hasbrouck gold project on or before April 24, 2014 and for general corporate purposes. R. Michael Jones, President, CEO and co-founder of West Kirkland said, “We are very pleased to see such solid support from our institutional investors in a tough market climate.”

Under the Prospectus Offering, the Company issued 162,615,167 Units for gross proceeds of C$24,392,275. A commission of 6% of the gross proceeds was paid in cash to a syndicate of agents in Canada, co-led by Cormark Securities Inc. and PI Financial Corp. and including GMP Securities L.P. and Macquarie Capital Markets Canada Ltd. In relation to the Prospectus Offering the Company has granted the Agents an option to purchase up to an additional 15% of the Units sold under the Prospectus Offering, at any time until 30 days following and including today’s date, to cover over-allotments and for market stabilization purposes. The Agents have exercised the Over-Allotment, in part, to purchase 12,615,167 Units for gross proceeds of $1,892,275.

The securities offered pursuant to the Offerings have not been, and will not be, registered under the U.S. Securities Act of 1933, as amended (the “U.S. Securities Act”) or any U.S. state securities laws, and may not be offered or sold in the United States or to, or for the account or benefit of, U.S. persons absent registration or any applicable exemption from the registration requirements of the U.S. Securities Act and applicable U.S. state securities laws. This press release shall not constitute an offer to sell or the solicitation of an offer to buy securities in the United States, nor shall there be any sale of these securities in any jurisdiction in which such offer, solicitation or sale would be unlawful.

West Kirkland was formed in 2010 to focus on gold exploration along major geological trends in North America. The Company has consolidated significant mineral rights positions within the Long Canyon Trend of Nevada/Utah. The founders and Board members of West Kirkland have successful experience in gold discovery, mine development and mine operations in Nevada and other gold producing jurisdictions in North America.