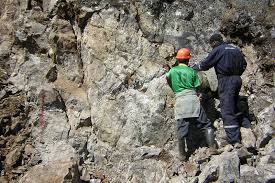 Wealth Minerals Limited.  (TSX-V:WML) (Frankfurt:EJZ) announces that it has entered into a letter of intent with Coronet Metals Inc. to negotiate, on an exclusive basis, an agreement to acquire Coronet’s Peruvian subsidiary, which subsidiary holds a 100% interest in the advanced stage Yanamina Gold Project, Peru.  Yanamina consists of 5 mining concessions located in the Department of Ancash, Peru.

Pursuant to the LOI, it is proposed that Wealth will acquire Yanamina through acquisition of Coronet’s Peruvian subsidiary, Coronet Metals Peru S.A.C. in consideration of Wealth issuing 1,000,000 common shares to Coronet (as to 750,000 shares at closing and 250,000 shares six months later).  In addition, Wealth would assume responsibility for Coronet Peru’s outstanding debt in an amount of no more than USD 81,000, as well as Coronet’s obligations with respect to certain future share issuances and payments to Migme Limited (formerly “Latin Gold Limited”) (“LGL”) and its subsidiary, Westmag Resources Limited the former owner of Yanamina (including a 1% gross revenue royalty payable to WRL on all gold produced from Yanamina in excess of 200,000 ounces) relating to Coronet’s purchase of Coronet Peru from LGL and WRL in 2011.  Production from Yanamina is also subject to a 2% NSR in favour of Barrick Gold Corporation which can be purchased outright at any time prior to the commencement of construction for USD 200,000 cash.

Closing of the proposed acquisition is subject to the completion and execution of the appropriate formal documentation with Coronet and LGL/WRL and the acceptance for filing of the transaction by the TSX Venture Exchange on behalf of both Wealth and Coronet.  There can be no assurance that the transaction will proceed as proposed or at all.

Wealth has commissioned a NI 43-101 technical report which will incorporate a resource estimate and Preliminary Economic Analysis for Yanamina and which it is anticipated will be completed in time to be filed with the TSX Venture Exchange to support the planned acquisition.

Yanamina is located on the prolific Ancash Fault Zone.  Regionally, intense faulting associated with the Ancash Fault Zone has provided conduits for gold bearing hydrothermal solutions, giving rise to a number of gold occurrences and deposits in the region, from encouraging prospects to former producers and operating mines, including Barrick’s formerly producing Pierina Gold Mine and its currently producing Alto Chicama/Lagunas Norte Gold Mine.

The mineralization at Yanamina is an advanced-stage gold deposit, which was originally explored by Arequipa Resources Ltd. in the early 1990s.  Arequipa completed regional prospecting, rehabilitated several of the historic tunnels, drove three new adits and completed 62 diamond drill holes totaling 2,670 metres.  In 2000, Barrick acquired Arequipa and thereby Yanamina.  In 2006, LGL/WRL acquired an option to purchase 100% of Yanamina from Barrick, subsequently completing a program of channel sampling and 25 diamond drillholes totalling 1,468 metres.  Yanamina was acquired by Coronet in 2011, which has not carried out any further exploration since that time.

An environmental impact study is a requirement of the exploration work permit application, and a community baseline report is a component of the EIS.  Valid work permits for exploration activities at Yanamina were issued as recently as 2007 (expired in 2010).  However, due to issues arising from activities apparently carried out by a subsidiary of a major energy company involving water extraction from a local reservoir/lake, the local community of Cruz de Mayo successfully opposed the issuance of a permit for further exploration work applied for by Coronet Peru (then owned by LGL/WRL) in 2010.  Wealth believes that the issues arising from this event can be satisfactorily resolved, and that the local communities can be successfully involved in the process of moving the development of Yanamina forward.

Wealth’s initial objective is to establish a long term Community Agreement with the Cruz de Mayo community and other surrounding communities that would be affected by operations at Yanamina in order to secure the necessary social license to be able to proceed with application for the required permits.  The Company intends to allocate the required time and funding to carry out the work estimated to be necessary to secure the Community Agreement, carry out the EIS and complete the permit applications.

Following the issuance of the required permits, Wealth’s initial focus would be to complete resource expansion and definition drilling at Yanamina.  Much of the early drilling at Yanamina was focused on the upper zone and was too shallow to intersect the lower zone.  Drillholes in the deposit average 61 metres in depth, although drillholes intersecting only the upper zone average only about 30 to 40 metres in depth.  Future work will focus on infill drilling in the lower zone in the areas north and south of the known deposit before expansion drilling begins.

Wealth is an early stage mineral exploration company with listings on the TSX Venture and Frankfurt Stock Exchanges.  The planned acquisition of the Yanamina Gold Project is consistent with Wealth’s project acquisition policy requiring stable geopolitical project locations, low exploration risk, attractive grade, and potentially low capital requirements.  While Wealth is not a development company, management insists that projects to be acquired have a reasonable potential for near-term production.  The Company also intends to negotiate partnerships that might open up potential project development routes.