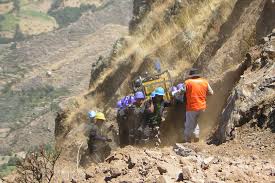 Wealth Minerals Limited. (TSX-V:WML) (Frankfurt:EJZ) (SSE:WMLCL), is pleased to announce that the transaction to acquire the Peruvian subsidiary of Coronet Metals Inc. has been completed, effective October 7, 2015. As a result, Wealth now has 100% ownership of the Yanamina Gold Project in Peru and the negotiation of a long-term community agreement with the Cruz de Mayo community and surrounding communities can begin in earnest, aiming to secure the necessary social licence to operate.

“We are delighted to have reached this important milestone ahead of schedule” stated Henk van Alphen, Wealth’s President & CEO, “Mr. Tang, the recently appointed Chief Operating Officer of Wealth, has already relocated to Peru and opened a regional office and has been working with the applicable communities to secure their support for the project. We look forward to announcing the terms under which the project can move forward towards a production decision.”

In connection with the closing of the acquisition by Wealth of all of the issued shares of Minera Wealth Peru S.A.C., the Peruvian company which holds the Yanamina Gold Project, Wealth issued 750,000 common shares to Coronet. These shares are subject to a hold period in Canada expiring on February 7, 2016. Wealth will be required to issue an additional 250,000 common shares to Coronet on or before April 7, 2016, which shares will also be subject to a 4 month hold period following issuance.

None of the foregoing shares have been, nor will they be, registered under the U.S. Securities Act of 1933, as amended (the “1933 Act”) or any applicable state securities laws and may not be offered or sold in the United States or to, or for the account or benefit of, U.S. persons (as defined in Regulation S under the 1933 Act) or persons in the United States absent registration or an applicable exemption from such registration requirements. This press release does not constitute an offer to sell or the solicitation of an offer to buy nor will there be any sale of the foregoing securities in any jurisdiction in which such offer, solicitation or sale would be unlawful.

Wealth’s strategy is to acquire precious metal projects which it believes are undervalued, have low exploration risk, attractive grades and potentially low capital requirements and are located in stable geopolitical jurisdictions. While Wealth is not a development company, management insist that any acquisitions have a reasonable potential for near-term production. The Company intends to negotiate strategic partnerships that it believes will open up potential project development routes.