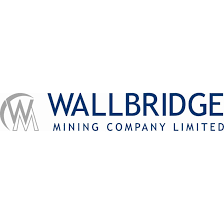 “The highlighted intersections released today further confirm the robust gold grades and thicknesses within parts of the Chipotle and Naga Viper zones that were selected for this bulk sample program. The drilling from the 0990-setup testing the West extension area has also produced excellent results so far. We are defining the western extent of the new high-grade shoot discovered in the Naga Viper zone last year and are intersecting similar quality mineralization in the Paprika and Habanero zones as well, which led us to add additional drill holes to follow the mineralization westward in these two zones. We are looking forward to releasing results from these drill holes as they become available,” stated Attila Péntek, Vice-President, Exploration of Wallbridge.

The bulk sample is expected to produce 19,000 to 26,000 ounces of gold with close to 50% of gold priced at $1,720 per ounce. The expected cash flow upon completion of this bulk sample, net of all bulk sample costs and including the financing costs is expected to be sufficient to cover the budgeted working capital requirements.

“We are very pleased with the progress made in advancing underground development in preparation for the remaining bulk sample stopes. The project team, along with our contractors, have worked tirelessly to deliver a safe and successful project and we continue to build upon this as we evaluate all opportunities to deliver additional value through our ongoing efforts in health & safety, productivity and cost improvements,” stated Frank Demers, Vice-President, Mining & Projects of Wallbridge.

Drilling to date from the 5213 level has mainly targeted the Chipotle and Naga Viper zones in the upper 100 m, between levels 5150 and 5213. Stopes that have thus far been drilled-off to the planned 6 to 7 m nominal spacing have provided good confirmation of the geological model and continuity of the high-grade shoots. Drilling is now focusing on defining stopes and expanding resources in the West extension area of the Naga Viper and Habanero zones, including the high-grade shoot discovered last year with intersections that included 260.44 g/t gold over 7.02 metres, 141.16 g/t gold over 7.06 metres and 311.08 g/t gold over 3.06 metres (see Wallbridge Press Release dated December 13, 2017).

Deeper drilling to test the down-plunge of known high-grade shoots is planned for Q4 of 2018 once the lower levels are developed.

A 10,000 metre surface drilling program is also scheduled to start in September to follow known mineralized zones and expand resources at depth and further away from the mine workings.

A summary of the drill hole results from the underground drilling are reported in Tables 1 and 2 and also shown on Figures 1 to 7 below.

Drill core samples from the ongoing drill program at Fenelon were cut and bagged on site and transported to SGS Canada Inc. Samples, along with standards, blanks, and duplicates included for quality assurance and quality control, were prepared and analyzed at SGS Canada Inc. laboratories. Samples are crushed to 90% less than 2mm. A 1kg riffle split is pulverized to >95% passing 106 microns. 50g samples are analyzed by fire assay and AAS. Samples >10g/t gold are automatically analyzed by fire assay with gravimetric finish or screen metallic analysis. To test for coarse free gold and for additional quality assurance and quality control, Wallbridge requests screen metallic analysis for samples containing visible gold. These and future assay results may vary from time to time due to re-analysis for quality assurance and quality control.

Wallbridge is currently developing its 100%-owned high-grade Fenelon Gold property in Quebec with ongoing exploration and a bulk sample in 2018. Wallbridge is also pursuing other additional advanced-stage projects which would add to the Company’s near term project pipeline. These discussions benefit from the operating capabilities Wallbridge demonstrated by safely and efficiently mining the Broken Hammer deposit in Sudbury, which was completed in October 2015. Wallbridge is also continuing partner-funded exploration on its large portfolio of nickel, copper, and PGM projects in Sudbury, Ontario, with a focus on its high-grade Parkin project.

Wallbridge also has exposure to exploration for copper and gold in Jamaica and British Columbia through its 11.5% ownership of Carube Copper Corp. (CUC:TSX-V, formerly Miocene Resources Limited, a Wallbridge spin-out of its BC assets).