“Today’s announcement continues to confirm the presence of significant high-grade gold mineralization in the Lower Tabasco Zone which remains open at depth and on strike,” stated Marz Kord, President & CEO of Wallbridge. “A known strike length of 300-400 metres, uncapped weighted average gold grades in excess of 10 g/t over average core lengths of about 15 metres, the approximate 500 metre down dip extent identified thus far and indications from drill holes like FA-20-110 and FA-20-115 highlight the potential for a significant underground resource.”

“We continue to be impressed by the continuity of high-grade mineralization in the Lower Tabasco Zone,” stated Attila Péntek, Vice President Exploration of Wallbridge. “Hole FA-20-110 was very important in demonstrating the existence of strong mineralization on the 10050E section, thereby establishing a potential shallow to moderate westward plunge of the Tabasco’s high-grade domain, whereas FA-20-115 indicates excellent continuity within the high-grade domain.”

Six drill rigs are currently active on the Property: five are focusing on exploration drilling from surface, doing large-spaced step-outs to define the footprint of the Fenelon gold system, and one underground drill rig is doing more closely spaced definition drilling of the Main Gabbro zones near the existing mine workings. A total of 75,000 metres were drilled in 2019 and the program is continuing in 2020 with the same drilling rate of approximately 9,000 metres per month for a projected total of 100,000 to 120,000 metres for the year. So far, a total of approximately 6,500 metres have been drilled in 2020.

In late 2018, exploration drilling discovered a new geologic setting with extensive vein- and shear-hosted gold mineralization along and within the pluton, naming it Area 51. The 75,000 metre 2019 drill program has proven the connectivity of Area 51 through the sediment-hosted Tabasco and Cayenne Zones to the Main Gabbro and has significantly expanded the footprint and depth extent of the Fenelon gold system. The ongoing, fully funded 100,000 to 120,000 metre 2020 drill program is aiming to further define the size potential of the deposit and complete in-fill drilling in support of a maiden 43-101 resource estimate.

The Company is currently developing its 100%-owned Fenelon Gold Property, which is located proximal to the Sunday Lake Deformation Zone, an emerging gold belt in northwestern Quebec with ongoing 100,000 to 120,000 metre exploration drill program in 2020 and a 33,500-tonne bulk sample and 75,000 metres of drilling completed in 2019. Wallbridge is also pursuing additional advanced-stage projects which would add to the Company’s near-term project pipeline. Wallbridge is also the operator of, and a 20% shareholder in, Loncan Canada Inc., a privately-held company with a large portfolio of nickel, copper, and PGM projects in Ontario’s Sudbury Basin. 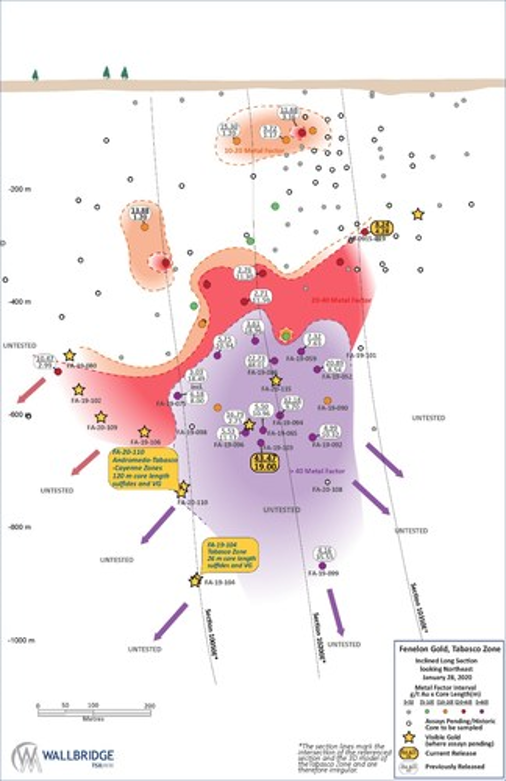 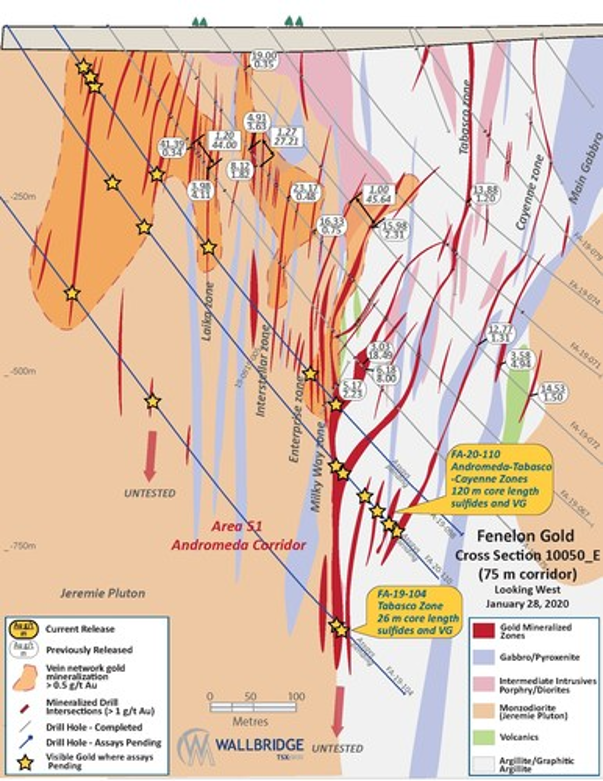 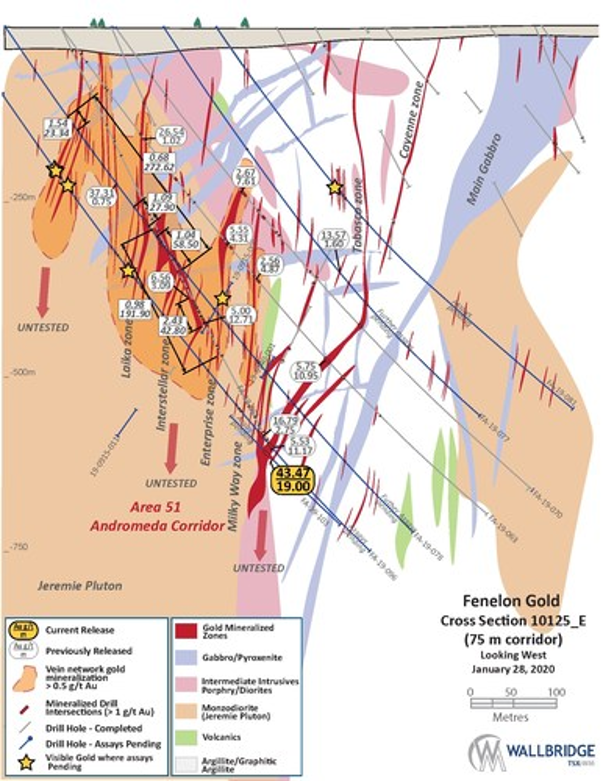